UN: Sanctions may be applied to Burundi 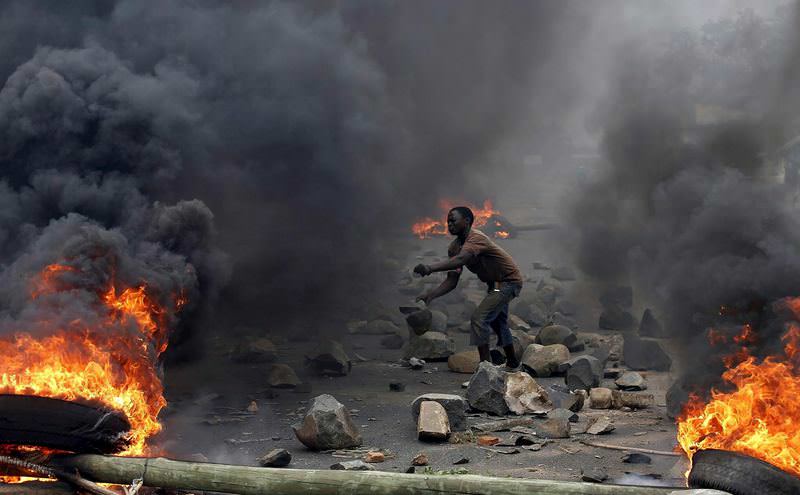 by Associated Press
Nov 14, 2015 12:00 am
The U.N. Security Council unanimously approved a resolution Thursday condemning killings in Burundi and threatening sanctions, while international leaders urgently called for the government and opposition to meet amid fears that the African nation is at risk of genocide. Witnesses say the killings, torture and human rights violations are the result of a government crackdown on opposition members.

Statements by Burundian officials last week echoed language used in the 1994 genocide in neighboring Rwanda, where more than 800,000 ethnic Tutsis and Hutu moderates were slaughtered in a campaign orchestrated by Rwanda's Hutu-majority extremist government. Like Rwanda, Burundi has a history of tensions between its Hutu and Tutsi ethnic groups.

At least 240 people have been killed in Burundi since protests began in April against President Pierre Nkurunziza's ultimately successful quest for a third term. "We know how high the stakes are," Britain's U.N. Ambassador Matthew Rycroft said after the council vote. "We know that in the worst case what we're talking about is a possible genocide, and we know that we have to do everything that we possibly can to prevent that." The French-drafted council resolution asks U.N. Secretary-General Ban Ki-moon to deploy a team to Burundi to work with the government, African Union and other partners to "develop options to address political and security concerns." "I have no doubt my colleagues ... will be getting on the plane very shortly," Ban's spokesman, Stephane Dujarric, told reporters, noting that Ban must report to the council in 15 days. The resolution called for Burundi's government "to immediately convene an inclusive and genuine inter-Burundian dialogue." That appeal was echoed in a joint statement Thursday by the U.N., European Union and African Union. It called for a meeting of representatives of Burundi's government and opposition in Addis Ababa, where the AU is based, or Kampala, Uganda. A regional bloc has nominated Ugandan President Yoweri Museveni to mediate Burundi's crisis, but the talks have not started.

Five major rights organizations including Amnesty International and Human Rights Watch issued a joint statement late Thursday stressing that "preventive diplomacy should be more than a slogan at the United Nations." They called for "decisive action" including targeted sanctions on those who incite serious crimes, additional human rights observers to monitor hate speech, a joint U.N.-AU trip to Burundi, and reinforcement of the U.N. presence in the country. On the military side, the African Union has asked the East African Standby Force to expedite planning to deploy to Burundi if the situation gets worse. A U.N. peacekeeping department spokesman has said the deployment of U.N. peacekeepers from Congo has also been mentioned as an option. U.S. Ambassador Samantha Power said the AU also has authorized the deployment of 100 observers, and "their push right now is to make sure that that hundred-person presence even deploys."

The resolution expresses the council's intention "to consider additional measures against all Burundian actors whose actions and statements contribute to the perpetuation of violence and impede the search for a peaceful solution." It dropped a reference to "targeted sanctions" that was in the initial draft, but "additional measures" can include sanctions a point that Rycroft, the current council president, stressed. The resolution also eliminated a warning that anyone inciting or engaging in "acts of mass violence" could face prosecution by the International Criminal Court. It only notes that Burundi is a party to the court and that Burundi has said it will "fight impunity" for crimes under ICC jurisdiction. That includes war crimes, crimes against humanity and genocide.