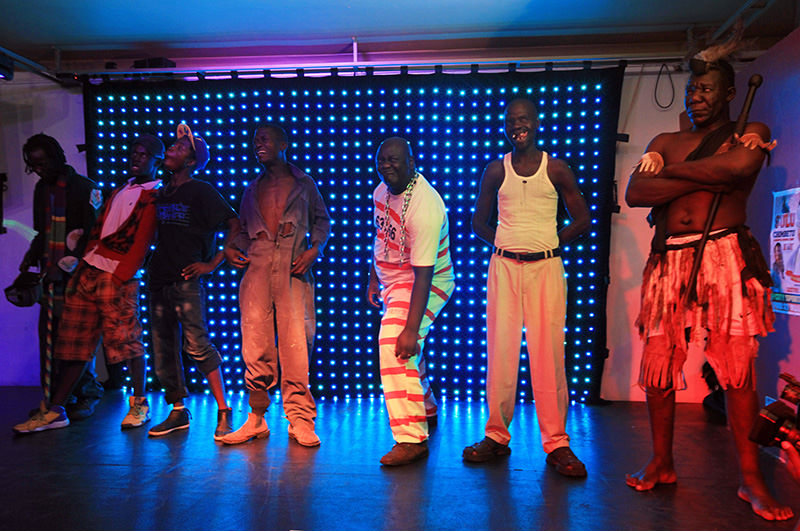 Contestants stand on stage, during the 2015 edition of the Mr Ugly competition, in Harare, Saturday, Nov. 21.2015 (AP Photo)
by Nov 21, 2015 12:00 am
A 42-year-old unemployed man was crowned Zimbabwe's ugliest man at a pub pageant in Harare — but the contest turned ugly when the runner-up accused judges of bias.

Maison Sere, who was missing several teeth and dressed in torn overalls, beat off five other contestants for the $500 Mr Ugly prize — a large sum in a country facing massive unemployment.

"I want to thank God for winning this title, last time I came fourth. I just want to thank the judges for recognizing me as the winner," Sere told journalists during a night of festivities Friday attended by 200 revellers.

But William Masvinu, a three-time Mr Ugly winner who walked off with a $100 second prize this year, cried foul.

"The judges were not fair, the organisers must look for new judges to start the contest afresh. I did not lose today," Masvinu said.

Show organiser David Machowa said he created the pageant in 2012 to celebrate "beauty in ugliness".