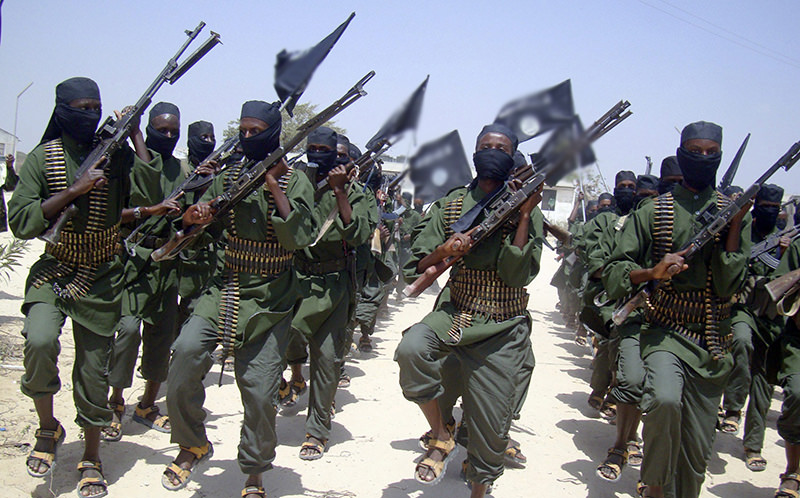 | AP Photo
by Compiled from Wire Services Dec 21, 2015 12:00 am
Two people were killed in an attack on a passenger bus in northeast Kenya Monday when suspected Al Shabab terrorists tried to separate Christian passengers from Muslims aboard, Kenyan officials said.

Three people, including the bus driver were seriously injured in the early morning attack when the bus was heading from the Kenyan capital Nairobi to Mandera town.

The bus is believed to have been carrying more than 50 passengers when it was ambushed along the road between Kutulo and Daba villages in Mandera county, the al-Shabaab commander, who asked not to be named, told dpa by telephone.

The casualty figure could have been much higher in the incident; however, some Muslim passengers reportedly stood up in support of their fellow Christian riders, daring the attackers to kill them too.

"The Muslims stood with the Christians and dared the attackers to kill them all or leave," Mandera Governor Ali Roba told Anadolu Agency.

"Initial reports from the survivors show that the terrorists were trying to separate Christians from Muslims, but the Muslims stood their ground, that is when the militants ran away," Otieno said.

This is not the first time such an attack has taken place. When 2014 came to a close, Somali based Al Shabab attacked a Nairobi-bound bus in the town of Mandera and killed 28 Christians.

On April 2, 2015, suspected Al Shabab militants killed more than 140 students in Kenya's Garissa University; the militants vowed to carry out more attacks on Kenyan soil until Kenya pulled its troops out from Somalia which were sent in 2012 after a string of tourist and aid workers' kidnappings.
Last Update: Dec 21, 2015 4:21 pm
RELATED TOPICS