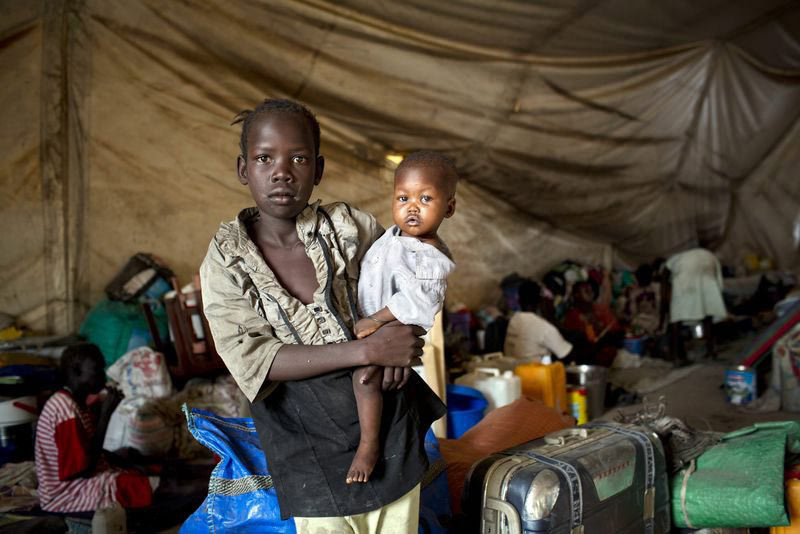 by Anadolu Agency Jan 12, 2016 12:00 am
More than half of the children in South Sudan are out-of-school as the world's newest country struggles with conflict, the UN's children's charity UNICEF said Tuesday.

More than 1.8 million children - 51 percent of the child population - are not in education, the highest proportion of 22 countries in conflict. More than 800 schools have been destroyed in sectarian violence that erupted in 2013.

"Education cannot wait - it is the smartest investment for a peaceful and prosperous South Sudan," Jonathan Veitch, UNICEF's representative in South Sudan, said.

"However, without increased funding, we cannot support the huge numbers of children who are presently out-of-school. Children in South Sudan have lost their homes, family members, friends, safety and routine. Education is key to ensuring they don't also lose their futures."

An estimated 24 million children of school age are out-of-school in 22 countries affected by conflict, according to UNICEF.

In Niger, 47 percent of children receive no education while in Sudan the figure is 41 percent and 40 percent in Afghanistan.

Even before the South Sudanese conflict, only one-in-ten children completed primary school.

Education continues to be one of the least funded sectors in humanitarian appeals. A UNICEF appeal for South Sudan in 2015 was 31 percent funded.

Last year, UNICEF launched the Back to Learning campaign that saw close to 360,000 children access education by the end of the year.

A recently signed peace agreement is expected to herald the return of displaced children, where they will need education. Without massive and long-term investment, UNICEF fears the cycle of violence will continue.

The charity said nearly one-in-four of the world's 109.2 million children of primary and lower secondary school age - typically between six and 15 years old - living in conflict areas are missing out on education.
Last Update: Jan 29, 2016 8:49 am
RELATED TOPICS