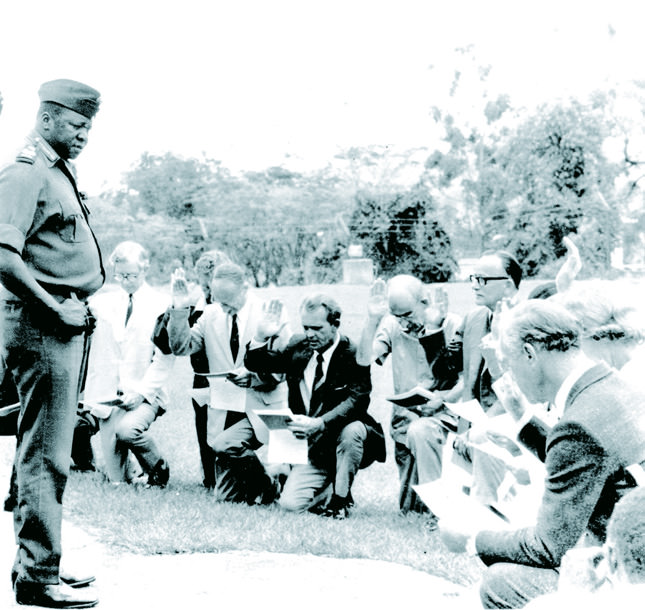 An investigation has been launched into the killings of 67 Muslims in Uganda following the fall of dictator Idi Amin in 1979.

Announcing the probe, Prime Minister Ruhakana Rugunda said a team had been set up to "carry out a thorough verification exercise of all the claims by victims of the 1979 Muslim massacre and report back within three weeks."

He said: "The findings of the verification exercise will form the basis for compensation. We need to find a lasting solution to this matter."

The investigation will be led by the solicitor general.

In the chaos that followed Amin's fall in April 1979, gunmen attacked two villages in southwestern Uganda's Sheema district, killing 67 Muslims and dumping their bodies in the Rwizi River.

Nine mosques and dozens of houses belonging to Muslims were burnt down and Muslim's crops destroyed. Many were forced to hand over land in exchange for their lives.

The attack came as Muslims were suspected of supporting their co-religionist Amin. Under his eight-year rule, hundreds of thousands of Ugandans were killed in political and ethnic violence.

Rugunda's announcement on Saturday followed an order from President Yoweri Museveni to compensate families that lost relatives and property in the massacre.

Hajji Nsereko Mutumba, spokesman for the Uganda Muslim Supreme Council, said he hoped Museveni's order would be followed. "I hope he fulfills the pledge, we have been pushing it for a long time and no one was listening to us," Mutumba told Anadolu Agency. During the 2011 election campaign, Museveni promised to examine the killings but the issue was later dropped.

"You can't persecute people just because of their faith," Mutumba said. "Islam was here before Amin came to power."

He claimed the government had previously avoided an investigation because "some leaders in these governments were part of those orchestrating and participated in the killings".

Umar Kassaja Mutono, a member of the Sheema survivors' committee, said Muslims were butchered by their attackers.

"Our people were killed using machetes," he said. "They were gathered and slaughtered like animals including children and pregnant women whose babies were cut out of their wombs."

Some victims had their hands or legs hacked off before being thrown into river to drown, he added.

Kassaja said Museveni, who was defense minister in the regime that replaced Amin, was sent to investigate the killings in 1979. When he became president in 1986, seven people were imprisoned but two were later pardoned.

"President Museveni pardoned two others who now live in the same village where they killed our people and this hurts us," he said.
Last Update: Jan 29, 2016 8:51 am