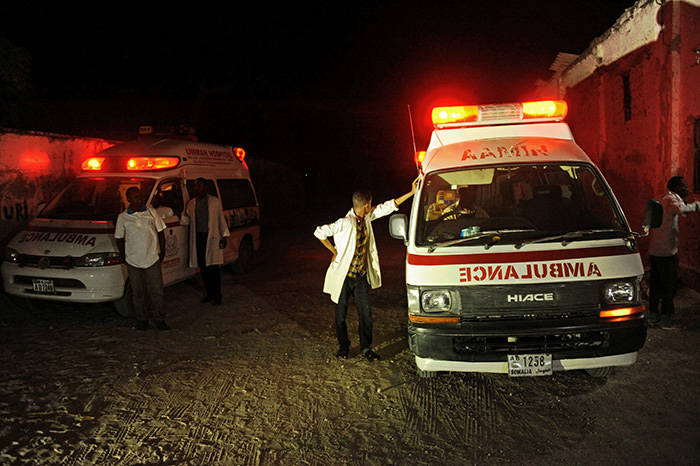 At least 19 people were killed according to various media reports and several others injured in the twin explosions.

"They killed nearly 20 people, including women and children," Somali police officer Mohamed Abdirahman said, describing it as a "barbaric and brutal attack against innocent civilians".

A large police presence was deployed at the scene to evacuate the customers. The area where the explosions occurred is reportedly quite crowded generally and popular among government officials.

"I strongly condemn tonight's attack. Lido beach is symbol of Somalia life. My thoughts are with the people at this beach of Mogadishu."

The Somali armed insurgent group, al-Shabaab, which is considered a terrorist organization by the U.S. and has pledged allegiance to al-Qaeda, usually claims such incidents targeting officials and civil servants.
Last Update: Jan 22, 2016 8:55 am