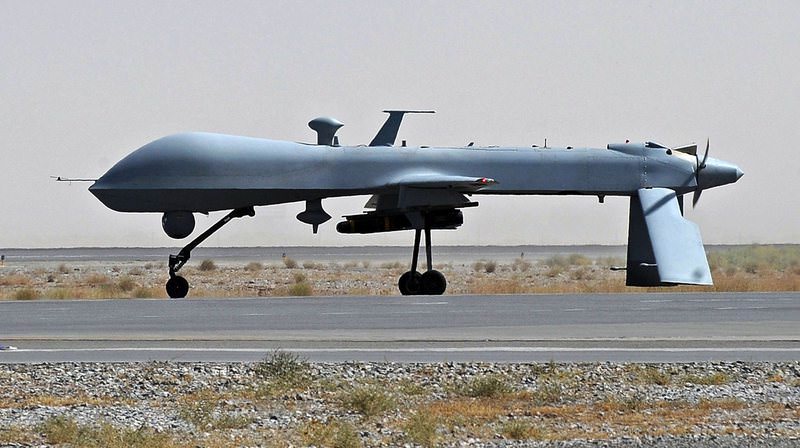 An air force spokesman said a drone fired on a group of militants near the Sambisa Forest, the 60,000 square kilometer (23,200 square mile) area of Borno state that is home to numerous Boko Haram bases.

"The UAV [unmanned aerial vehicle] was on [an] intelligence, surveillance and reconnaissance mission when it came across the gathering of BHTs [Boko Haram Terrorists] at Garin Moloma, about one kilometer north of the Sambisa Forest," spokesman Ayodele Famuyiwa said in a statement.

"At the time of the UAV attack, the location, though under surveillance for quite a while, had a large gathering of Boko Haram militants' vehicles.

"The multiple explosions and huge fireball from the location, as can be seen from the enclosed video of the UAV strike, strongly suggests that it may be either an ammunition/fuel storage or weapons/technical workshop."

The air force did not say when the strike happened by a military source, speaking on condition of anonymity, told Anadolu Agency it occured on Saturday.

Nigeria has previously used fighter jets to bomb Boko Haram hideouts as it fights an insurgency that has raged in the northeast since 2009.

The U.S.'s use of drones in countries such as Afghanistan, Pakistan, Yemen and Somalia has been widely criticized for causing high numbers of civilian casualties.
Last Update: Feb 03, 2016 2:16 am
RELATED TOPICS