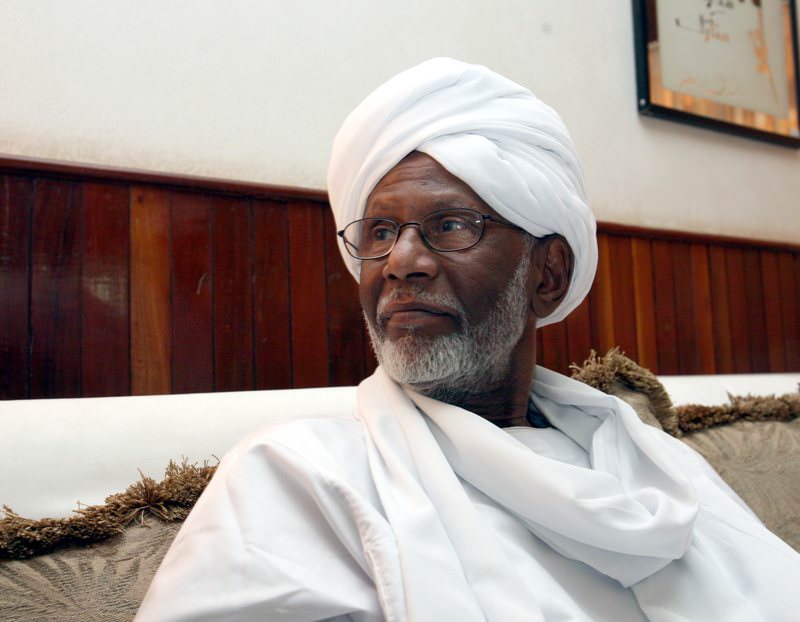 The state media interrupted its regular programming and broadcasted verses from the Koran.

A medical source earlier said that Turabi was taken to the intensive care unit of Khartoum's Royal Care hospital "after suffering a heart attack in the morning and died" there.

In the evening, an ambulance carrying his body left the hospital for the Turabi family home in the city, an AFP correspondent said.

A key figure in Bashir's regime for a decade after his 1989 coup, Turabi later became one of it critics and led the opposition.

He was detained in May 2010, a month after Sudan's first polls since 1986 for denouncing the election as fraudulent.

Turabi was the only Sudanese politician to support a warrant issued for Bashir's arrest by the International Criminal Court (ICC) on charges of war crimes, crimes against humanity and genocide over the regime's conduct of the conflict in Darfur.

After breaking ranks with Bashir he formed his own party, the Popular Congress Party.

Turabi was detained several times over a career spanning four decades, including in January 2009 two days after he urged Bashir to surrender to the ICC.

As an Islamic scholar, Turabi played an influential role in the 1970s and early 1980s as a celebrated Islamic reformer who sought to reform Islamic thought in social and political areas along liberal lines.

His reformist ideas also inspired pro-democratic and liberal Islamist movements in Tunisia, Turkey, and Malaysia, among others.

The Western-educated Islamic scholar Turabi was an ideologue who held a master's degree in law from London and a doctorate from Sorbonne University in Paris.

He spoke English, French and German fluently as well as Arabic, and his language skills helped him gain access to foreign news media.