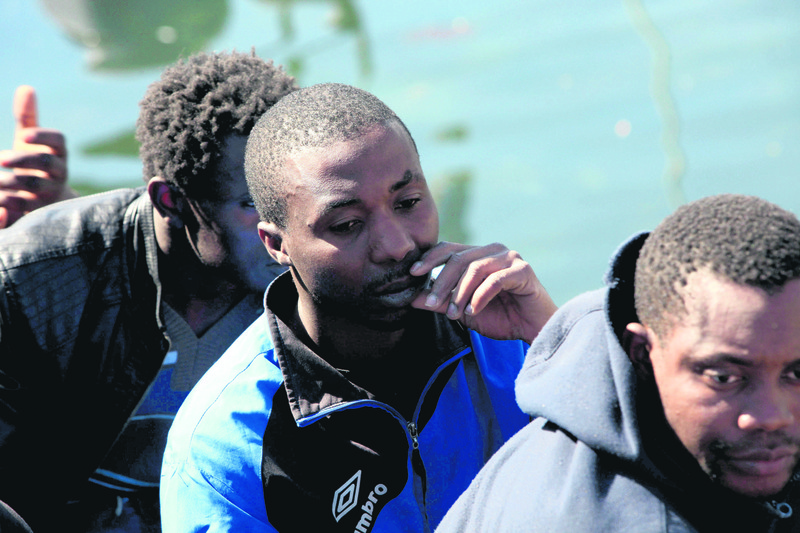 After the EU-Turkey migrant deal, analysts anticipated that asylum-seekers might once again see Libya as the most tempting and open gateway to Europe. Experts warn the route from Libya to Italy is one of the world's most perilous journeys

When more than 800 people drowned last year on an overcrowded ship bound for Italy's southernmost isle of Lampedusa, the European Union (EU) deployed a round-the-clock flotilla that has saved thousands of lives along what remains one of the world's most perilous journeys.

But one year after Europe's deadliest migrant disaster, humanitarian and security efforts off the lawless coast of Libya are facing a growing challenge to catch smugglers and bring asylum-seekers to safety. Experts say crackdowns on migration at other EU borders mean that the southern Mediterranean crossing plied daily by smugglers operating out of Libya is already busier now than it was only 12 months ago.

So far this year, 24,000 migrants have arrived in Italy via this route and tens of thousands more are waiting in the pipeline, according to the International Organization for Migration (IOM).

Rescue officials seek to ensure no repeat of the night of April 18, 2015, when a boat packed with an estimated 850 mostly African passengers capsized as a civilian freighter approached. Most were locked below decks; only 28 survived. Several other smuggling vessels sank in the first months of 2015, some without trace at a cost of untold lives, before EU naval reinforcements arrived that June to cast a safety net.

Most of those 24,000 migrants were scooped up by Italian coast guard and EU vessels from recklessly overloaded vessels that were left drifting, engines dead, between Libya and Italy in a body of water dubbed the Lampedusa Triangle. Even if their amateur pilots had the requisite navigation skills, few vessels carry enough fuel to complete the approximately 300-kilometer (185-mile) crossing to Lampedusa from Libya.

Federico Soda, IOM's director of office in Rome, which oversees operations in central Mediterranean and North Africa, said so far this year about 350 people have died trying to cross the southern Mediterranean.

Now as EU authorities work to halt that eastern Mediterranean flow of migrants and deport them from Greece back to Turkey, analysts anticipate that asylum-seekers from the Mideast and Asia may see Libya once again as the most temptingly open gateway to Europe.

They note that Libya's paramilitary chaos may make the North African nation a particularly attractive launching point for Europe-bound migrants, because EU authorities won't deport migrants back to such a danger zone. Virtually all of this year's arrivals from Libya have been Africans — but observers say that could be about to change.

"We should expect tens of thousands to attempt to depart this spring and summer bound for Lampedusa. With the closure of the EU-Turkey border to migrants, we may learn once again how closing one route pushes people to another route," said Matteo de Bellis, an Amnesty International researcher who just completed a fact-finding mission to Italy's main migrant processing center on Lampedusa.

EU nations are maintaining a fleet anchored primarily in Lampedusa that operates under the codename Operation Sophia. It includes Italy's largest warship, the aircraft carrier Cavour, and is commanded by an Italian rear admiral, Enrico Credendino. It uses surveillance aircraft and satellite imagery to identify boats leaving Libya's shores, particularly the launching sports off Zuwara west of Tripoli and Misrata to the east, and pounces on these boats once they exit Libyan territorial waters.

Europe faces the biggest refugee crisis since World War II, with millions of people trying to reach Europe. The majority of these migrants come from the Middle East and Africa. The turmoil in the Middle East and the five-year war in Syria have led many people to flee the conflict in an attempt to seek security and shelter in a more prosperous and peaceful country, such as one in Europe. However, Europe has been slammed for lacking a collaborative response to the crisis.
RELATED TOPICS