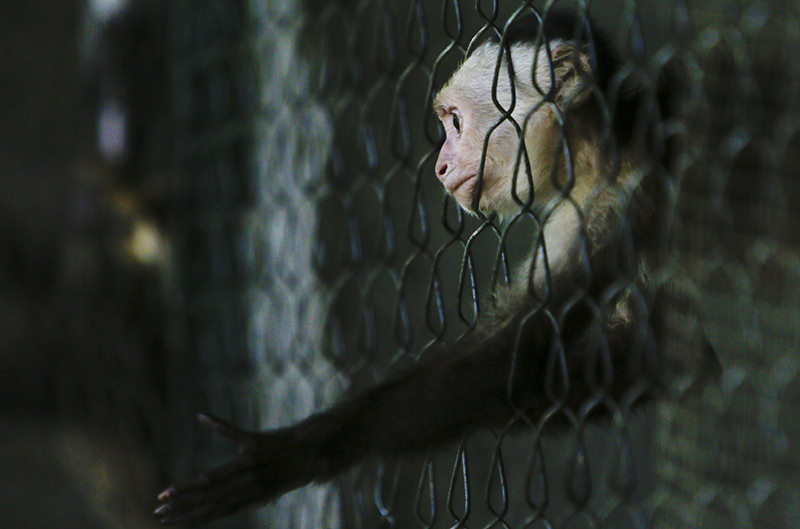 Nearly 50 starving, dehydrated monkeys were rescued from cages at a garden nursery north of Johannesburg on Saturday.

Spider, capuchin and squirrel monkeys were among the 49 primates taken away by the International Primate Rescue organization.

The monkeys had been kept in cages for the entertainment of people coming to buy plants at the Little Falls Garden Center. Visitors notified the primate rescue group of the poor conditions.

Some of animals were so malnourished that their heads were disproportionally large for their bodies and their bones were protruding from their fur. Many were suffering from rickets.

"This is clear animal cruelty, no monkey should have to live like this" Sue Mousley, director of the primate rescue organization told The Associated Press. She said the garden center once had 96 monkeys but many had died. Although her sanctuary already houses a large number of monkeys, she said she could not stand by while the monkeys at the nursery starved.

Some 20 veterinarian students worked as volunteers to help feed and move the monkeys.

The monkeys will be nursed back to health at a sanctuary north of Pretoria, South Africa's capital, in the coming weeks. Mousely said three tortoises were also rescued and bird experts have been notified to investigate the conditions for birds at the garden center.