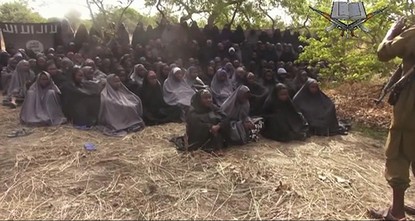 The first of more than 200 young women abducted two years ago by Boko Haram terrorist group from north-eastern Nigeria's Chibok village has been found in Borno State.

Falmata Mbalala was found Tuesday in Baale Village near the town of Damboa, only a few kilometres from where she was kidnapped in 2014, according to army spokesman Sani Usman. She is believed to have escaped from nearby Sambisa Forest, where Boko Haram is known to have secret camps.

The girl was found by a vigilante group, who handed her over to the military, Allen Manasseh, a spokesman for the Chibok community, told dpa on Wednesday. Her parents as well as the vice principal of the school in Chibok, from which Mbalala was abducted, identified her, Manasseh added.

Mbalala remained in military custody on Wednesday for further questioning, according to the Chibok spokesman.

The girl was rescued together with a small child and other women, the secretary of the Association of Parents of the Abducted Chibok Girls, Zanna Usman, told local broadcaster Channels TV. It remained unclear on Wednesday if the child is Mbalala's.

Boko Haram kidnapped 276 girls and young women on April 14, 2014, from their school dormitory. Only about 50 of the abductees - mostly aged between 16 and 18 - managed to escape immediately. The rest are still believed to be in the power of Boko Haram, either as sex slaves or in forced marriages to its fighters.

Boko Haram poses a steady threat to communities in the north-east of Nigeria and has also launched offensives in neighbouring Chad, Niger and Cameroon. The group's goal is to enforce a strict interpretation of Islamic law, known as sharia.

Since 2009, at least 14,000 people have died at the hands of the terror,st group in Nigeria, Chad, Cameroon and Niger. According to the United Nations, an estimated 2.7 million people in the region have fled their homes due to Boko Haram.