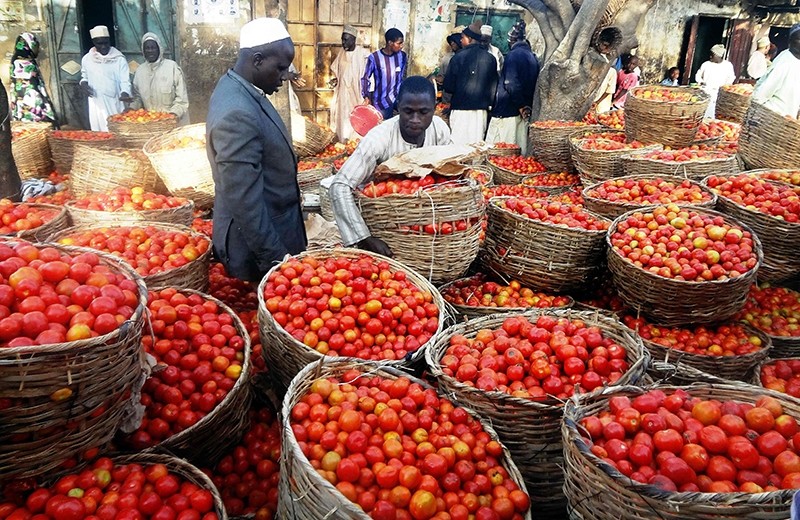 Tomato Ebola, a pest which affects the cultivation of tomatoes, has spread to at least six states in Nigeria and now poses a threat to national food security, Nigerian Agriculture Minister Audu Ogbeh said Wednesday.

Although the scientific name of the pest is "tuta Absoluta", Nigerian farmers refer to it as tomato Ebola.

In remarks made to the media in the capital Abuja, Ogbeh said tomato Ebola had spread in Nigeria's Kaduna, Jigawa, Kano, Plateau, Katsina and Lagos.

There is now an increased scarcity of tomato plants in the country, which is tough on many Nigerian households since the edible, often red berry-type fruit is a major soup ingredient in the local cuisine.

The scarcity also pushed the price of the plant up, with a basket of it now going for as much as as $132, up from barely $37.8 early this year.

"The pest can also attack even pepper and Irish potato. So, we are confronting something quite serious. But the good thing is that we are tackling it right now as experts will commence work immediately," Ogbeh said.

"We are bringing the commissioners and governors of states to jointly attack this pest, which, if not dealt with, will create serious problems for food security in our country," he added.

The minister said the disease was relatively new to the country and, therefore, expertise on how to curb its spread remains limited. He added, however, that everything was being done to address the phenomenon.

Tuta absoluta is a well-known pest of tomato crops in Europe and South America.