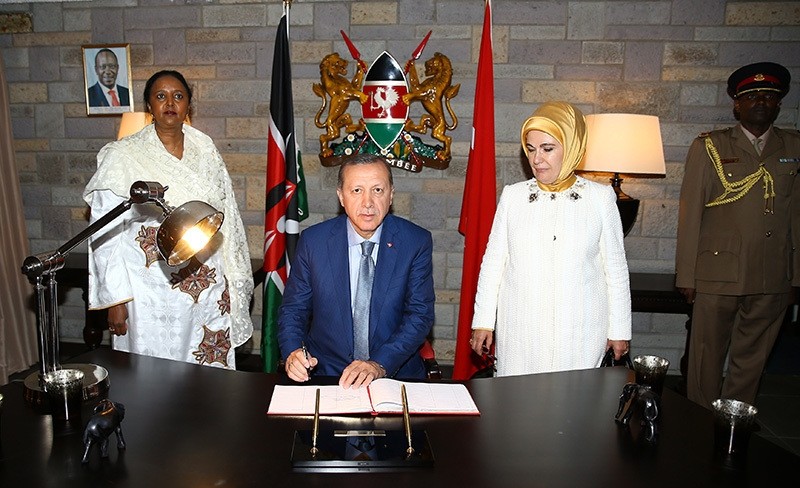 President Recep Tayyip Erdoğan arrived in Kenya late Wednesday night on the second-leg of a three-country tour of east Africa.

The president is expected to meet Josh Earnest and other senior officials on Thursday when Kenyatta hosts talks at the State House. Erdoğan and his wife Emine will also lay a wreath at the mausoleum of Kenya's independence leader and first president, Jomo Kenyatta, the current president's father.

The visit, which comes between trips to Uganda and Somalia, aims to strengthen Turkey's relations in east Africa, especially in trade and security, and Erdoğan is being accompanied by a 150-strong Turkish business delegation.

In recent years, Turkey has been a leading development partner in Africa, which is seen by Ankara as a key region for economic partnership. Former President Abdullah Gül visited Kenya in 2009 and Kenyatta paid a visit to Turkey in 2014.

Trade between Turkey and Kenya has tripled over the last 10 years to $144 million last year, according to Turkish Foreign Ministry, and the Turkish International Cooperation and Coordination Agency has been influential in developing health, agriculture and education projects in Kenya and other African countries.

As in Uganda, the Kenya visit is expected to result in a number of investment and trade deals.