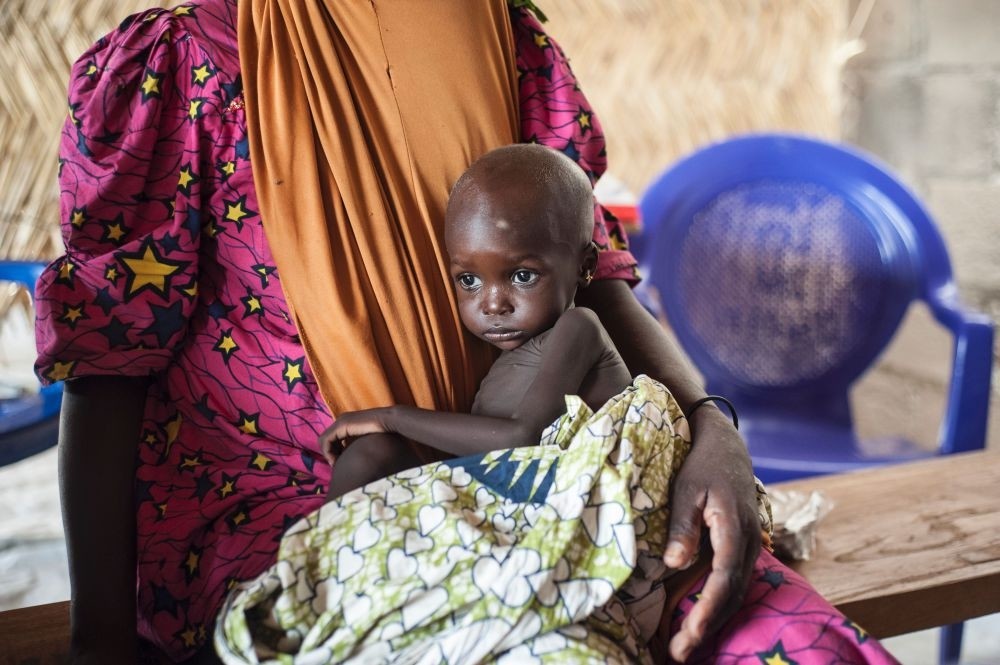 by Daily Sabah with Reuters Jul 21, 2016 12:00 am
Just under a quarter of a million children in Nigeria's northeastern state of Borno, where an insurgency waged by extremist group Boko Haram has disrupted trade and healthcare, suffer from life-threatening malnourishment, UNICEF said on Tuesday.

The U.N. children's agency said the extent of the nutrition problems faced by children in Borno had become clearer as a result of more areas in the northeast becoming accessible to humanitarian assistance. By 2014, Boko Haram controlled territory around the size of Belgium in northeast Nigeria until most of it was recaptured last year by the Nigerian army and troops from neighboring countries.

"Some 134 children on average will die every day from causes linked to acute malnutrition if the response is not scaled up quickly," said Manuel Fontaine, UNICEF's regional director for western and central Africa, who recently returned from Borno. Fontaine said people in Borno had lost their livelihoods and been cut off from trade networks and healthcare, with many unable to access clean water, factors he said had exacerbated the health problems faced by children. He added that UNICEF cannot reach around 2 million people in the northeast due to insecurity and poor infrastructure.

More than 15,000 people have been killed and at least 2 million displaced by Boko Haram's insurgency in Nigeria. The group still stages suicide bombings in northeast Nigeria and neighboring Cameroon, Niger and Chad.

The agency estimates that around 2.5 million children suffer from severe acute malnutrition in Nigeria, Africa's most populous nation with around 180 million inhabitants, and is supporting treatment for the condition in 12 of its 36 states. Fontaine, speaking on Tuesday in a news briefing, said UNICEF was reviewing its budget for Borno, which was likely to increase to about $200 million, although he did not discuss the amount of money currently allocated.

Last year, the Institute for Economics and Peace said Boko Haram is the deadliest terror organization in the world. The study measured attacks, deaths and damage from terror attacks in 162 countries.
Last Update: Jul 21, 2016 1:02 am
RELATED TOPICS