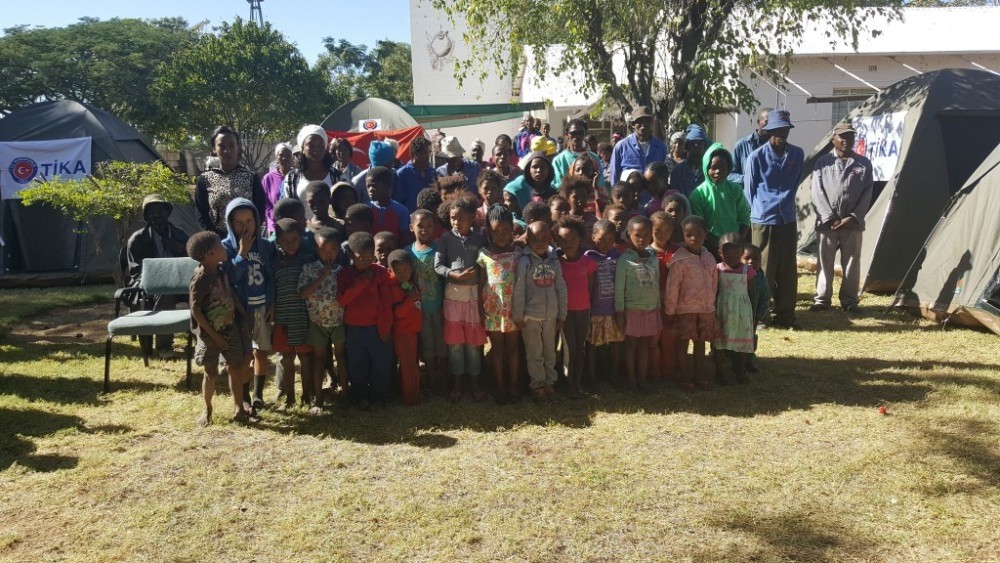 Namibian children pose for a photo after delivery of humanitarian aid by TIKA officials.
by Yusuf Selman İnanç Jul 23, 2016 12:00 am

The Turkish International Cooperation and Coordination Agency (TİKA) has served developing countries worldwide by assisting economically disadvantaged societies and their peoples regardless of religion, race or gender. Founded in 1992, TİKA operates in 50 countries and has reached as many as 140 countries worldwide. The agency not only acts as an aid group, but also contributes to the development of impoverished regions. From Colombia to Myanmar and Namibia to Kosovo, it has a huge network, establishing good relations with locals as well as politicians and representing Turkey at the international level.

Namibia, one of the lesser known African countries, is home to a TİKA branch which serves as the headquarters for the entire southern African region, including South Africa, Botswana, Angola and Zimbabwe. The office launches projects for the country's least developed communities and tribes, in addition to addressing the needs of the Muslim community and offering positive contributions to the country's development. 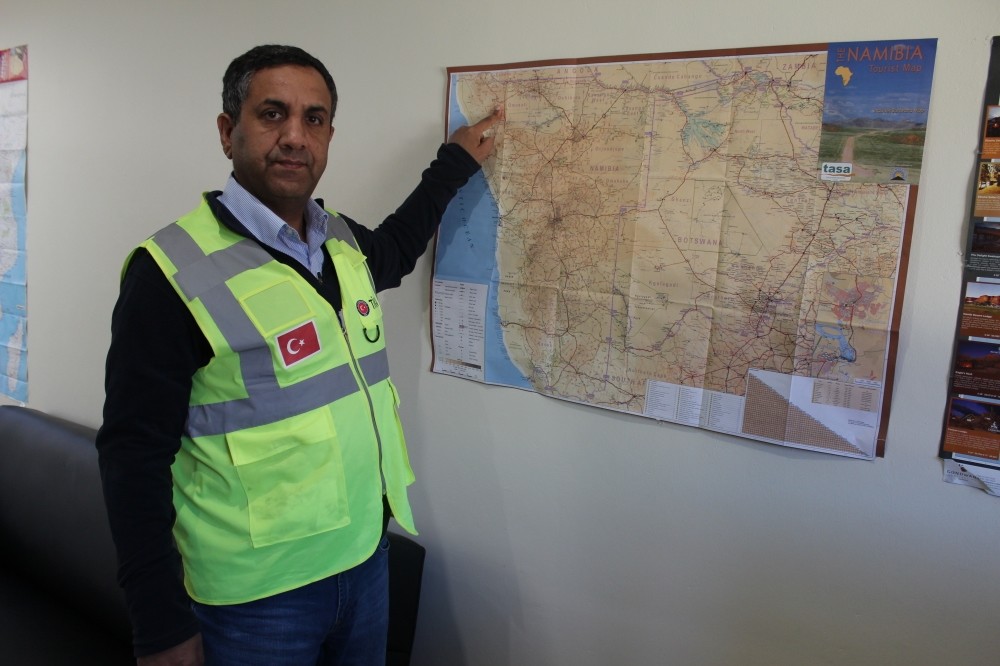 During Daily Sabah's trip to Namibia, TİKA's Namibia Coordinator Cüneyt Esmer sat down for an interview. As Namibia's relations with Turkey are not as established as those with other African countries, albeit positive and promising, the question was raised as to why TİKA opened an office in the country's capital city of Windhoek. After thanking Daily Sabah for visiting, Esmer said: "TİKA's main motto is, if there is need, we will be present there. On the basis of this idea, an office was opened in Namibia in October 2014 with the purpose of reaching not only the Namibian people, but also Angolans, Botswanans and South Africans, as well as citizens of Lesotho and Swaziland."

In a very short time the office launched 25 projects, completed all of them and laid the groundwork for new projects which are on the way. "These projects focus on education, health, vocational training, infrastructure, humanitarian aid and social issues," Esmer said. Referring to Sayyid Ebubekir al-Emcedi, an Ottoman Turk assigned to teach Islamic studies and resolve religious and social problems among Malay Muslims in the region more than a century ago, Esmer said TİKA chose Cape Town as a base for maintaining projects last year. Al-Emcedi, who is considered a saint among local Muslims, is still remembered by South African Muslims, who gave his name to a 134-year-old cricket team that continues to carry the legacy of the Ottoman in Cape Town. TİKA has provided extensive assistance to the team, renovating its training facilities. The Hamidiye Mosque, which was built with financial assistance sent from the Ottoman Empire at the request of Al-Emcedi, was completely renovated by TİKA last year. Fifth-generation descendants of Ebubekir Efendi still preserve the documents and historic materials related to family lineage, emphasizing that they still view themselves as Turks and have very good relations with the population. Local Muslims have strong ties with Ebubekir Efendi's descendants to this day. TİKA also built a 583-meter-long fence around a Muslim cemetery where the Ottoman legend's tomb still exists. 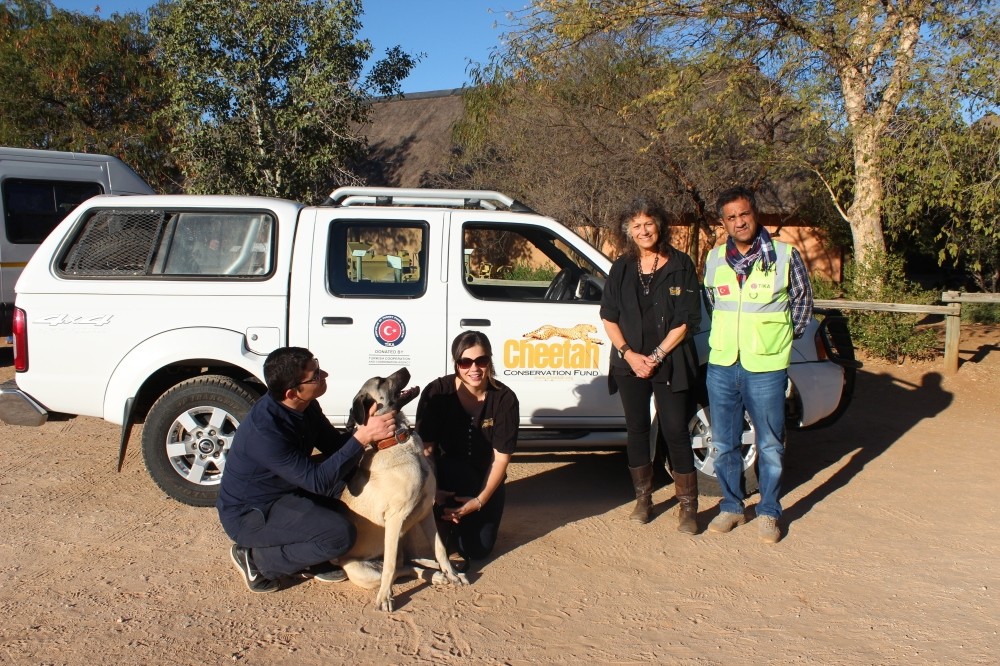 Regarding Namibia, Esmer said one of the most prestigious projects they run is coordinated with the Cheetah Foundation, and aims to preserve the unique animal species there. Of the 10,000 cheetahs living worldwide, 3,500 of them can be found in Namibia and the foundation aims to stop the killing of these innocent animals by local farmers who try to protect their sheep, goats and cattle. The foundation's executive director and founder, Laurie L. Marker, discovered that two dogs can effectively keep cheetahs away from farms; namely, the Anatolian Shepherd and the Kangal, two breeds which are indigenous to the Turkish province of Sivas. TİKA has donated money to the foundation and continues to cooperate. Marker also expressed her thanks to TİKA and said they would like to further the cooperation to breed more Turkish dogs to be delivered to farms so that farmers will not have to kill cheetahs.

Esmer also said TİKA works to create opportunities for people which would enable them to receive education in technical vocations and would counteract the country's high unemployment rates and internal migration. Moreover, locals who live in tents are taught how to build brick homes and machines to make bricks were given to locals free of charge. Esmer continued, saying, "We have also provided humanitarian aid, given ambulances as gifts, as well as helping some schools to increase their student capacity." In addition to being home to developed cities which are mostly populated by white residents, Namibia is still home to hunting tribes; especially in the north. In 2015, Turkey decided to provide assistance to these people to help them solve their most basic problems; one of which is housing. After delivering humanitarian aid, TİKA will give animals to the people of the San tribe, providing them with a source of income. In the last part of the project, TİKA will build homes, schools and dorms for those people. According to Esmer, "The project aims to develop their area and we do not only offer temporary humanitarian aid but also education to teach them how to earn an income and give them opportunities to receive education."

Touching on the region's Muslim community, Esmer said, "TİKA has been in successful, cooperative efforts with Turkey's Presidency of Religious Affairs and renovated the main mosque in Windhoek." Namibia, which is the last country in Africa to have met Islamic influence, is home to a few thousand Muslims. "TİKA delivers iftar meals during Ramadan and delivers meat on Eid al-Fitr. The Presidency of Religious Affairs will provide Islamic education to Namibians in a short time," he added. Addressing the views of Namibian Muslims regarding Turkey, Esmer said: "Turkey is very valuable to these locals. They love Turkey. It must be noted that President Recep Tayyip Erdoğan is also admired here. Some Namibians ask us to assist them in taking Hajj and Umrah; also indicating that they would like to stop in Istanbul first to see our country."
Last Update: Jul 23, 2016 9:08 am
RELATED TOPICS