US targets Daesh in airstrikes against Libya bastion Sirte 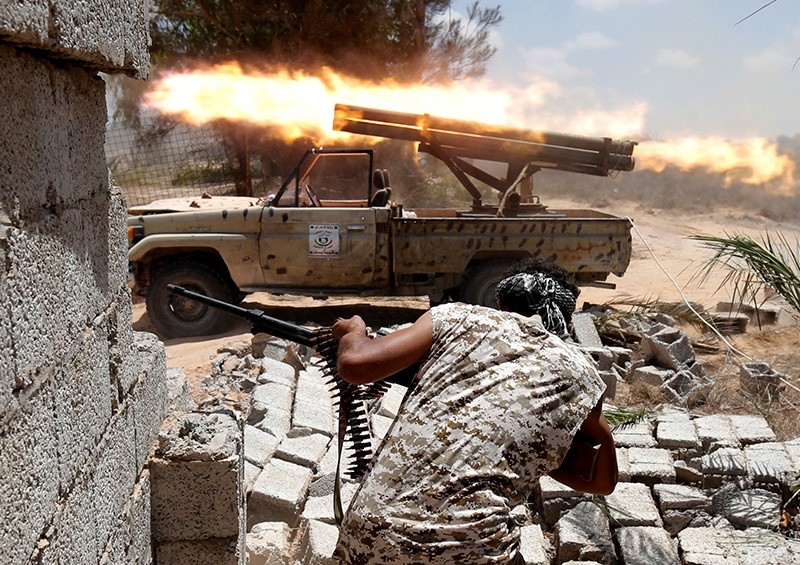 Libyan forces allied with the U.N.-backed government fire weapons during a battle with Daesh fighters in Sirte, Libya, July 21, 2016. (Reuters Photo)
by Associated Press Aug 01, 2016 12:00 am

The United Nations-backed Libyan government has announced that the U.S. military has begun conducting airstrikes against the Daesh group at the government's request.

Fayez Serraj, the head of the U.N.-brokered presidency council, said in a televised statement Monday that American warplanes attacked the Daesh bastion of Sirte, adding that no U.S. ground forces will be deployed.

"The presidency council, as the general army commander, has made a request for direct U.S. support to carry out specific airstrikes," he said. "The first strikes started today in positions in Sirte, causing major casualties."

The strikes mark the start of a more intense American role in the fight against Daesh in Libya, as the U.S. steps in to assist the fragile, U.N.-backed government there.

The Pentagon announced that the airstrikes came after the government's request.

"At the request of the Libyan Government of National Accord, the United States military conducted precision air strikes against ISIL targets in Sirte, Libya, to support GNA-affiliated forces seeking to defeat ISIL in its primary stronghold in Libya," Pentagon press secretary Peter Cook said in a statement, using an acronym for the Daesh group.