More than 50 killed in stampede at Ethiopia religious festival 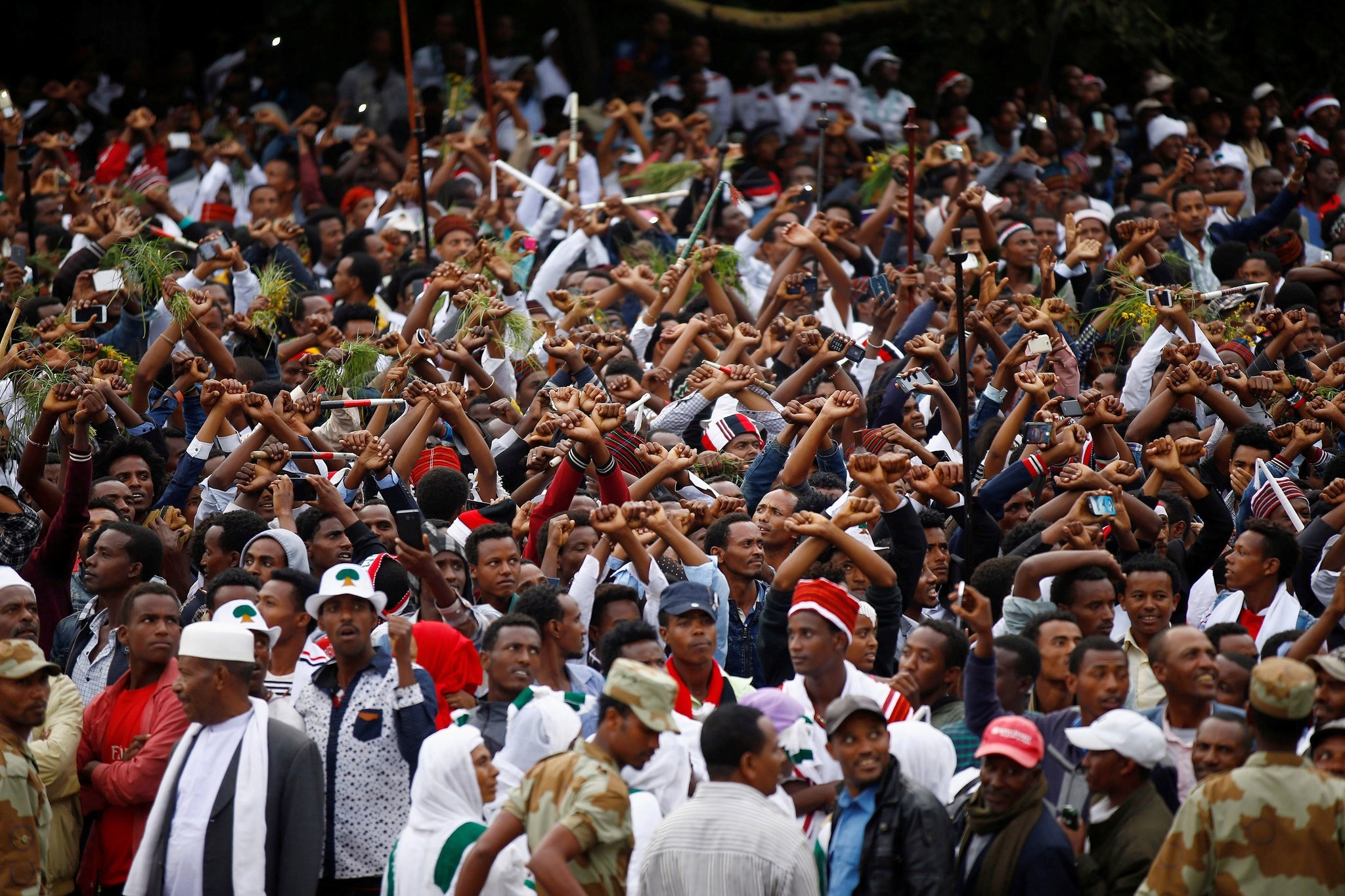 At least 52 people were killed and many injured after an annual thanksgiving festival of the Oromo community turned into an anti-government protest Sunday in the south-central Ethiopian town of Bishoftu.

According to a statement issued by the regional government, the victims were killed in a stampede.

Thousands of people from Ethiopia's largest ethnic group came from all over the Oromia region at one of the city's crater lakes, Hora -- located 45 kilometers (28 miles) southeast of the capital Addis Ababa -- chanting "didne", an Oromiffa word meaning "enough".

The fatal stampede occurred after security forces opened fire and used tear gas to disperse crowds, according to an Anadolu Agency reporter at the scene.

The other slogans shouted throughout the demonstrations were "freedom", and "Woyane down"-Woyane is the other name for the Tigray People's Liberation Front (TPLF), which has been in power since 1991.

Getachew Reda from the Government Communications Affairs office said: "We are saddened, it should never have happened."

Getachew told Anadolu Agency the opposition was responsible for the tone of Sunday's event. He also added that the government had been trying to have the festival registered at UNESCO .

The Irrecha thanksgiving festival is celebrated every October and involves numerous rituals including the rinsing of green grass into Hora Lake to sprinkle it on one's face and head.

The Oromia region has been the scene of violent demonstrations, which have resulted in numerous death in December 2015 and August 2016

The demonstrators contest the government's decision to enlarge the capital's boundaries at the expense of the Oromo region as they believe this will oust Oromo farmers from their land.