Ethiopia declares state of emergency after week of protests 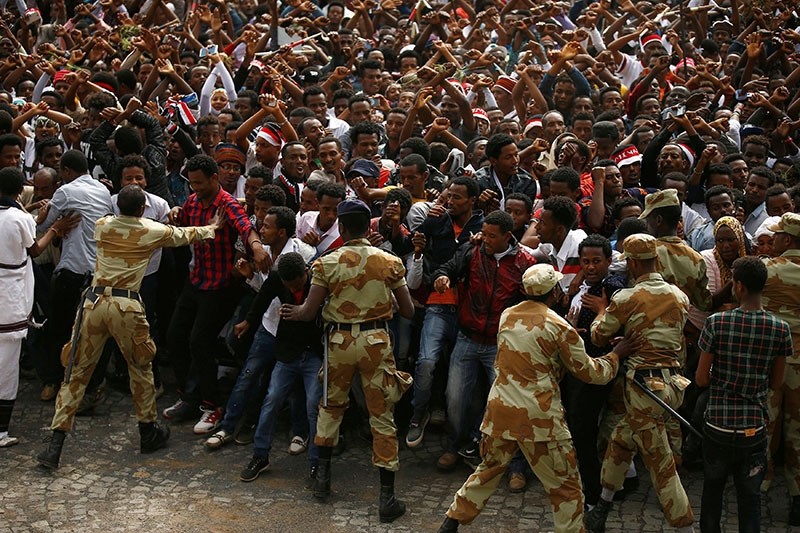 The Ethiopian government declared an indefinite state of emergency Sunday following a week of protests.

"A state of emergency has been declared because the situation posed a threat against the people of the country," he said in a midday broadcast.

Hailemariam added that the emergency situation, which was imposed immediately, aimed to end the damage being caused and promised it would not breach human rights or affect diplomatic rights.

Swathes of Ethiopia's Oromia region have experienced violent protests over the last week following the killing of at least 56 people in a stampede on Oct. 2 that was triggered when police fired bullets and tear gas to disperse crowds at a Irreecha celebration in Bishoftu.

Demonstrators have blocked roads leading into and out of the capital Addis Ababa and targeted businesses including foreign-owned factories.

Anti-government demonstrations have been prevalent across Oromia since November last year.

Parliament is due to return Monday following a three-month recess.