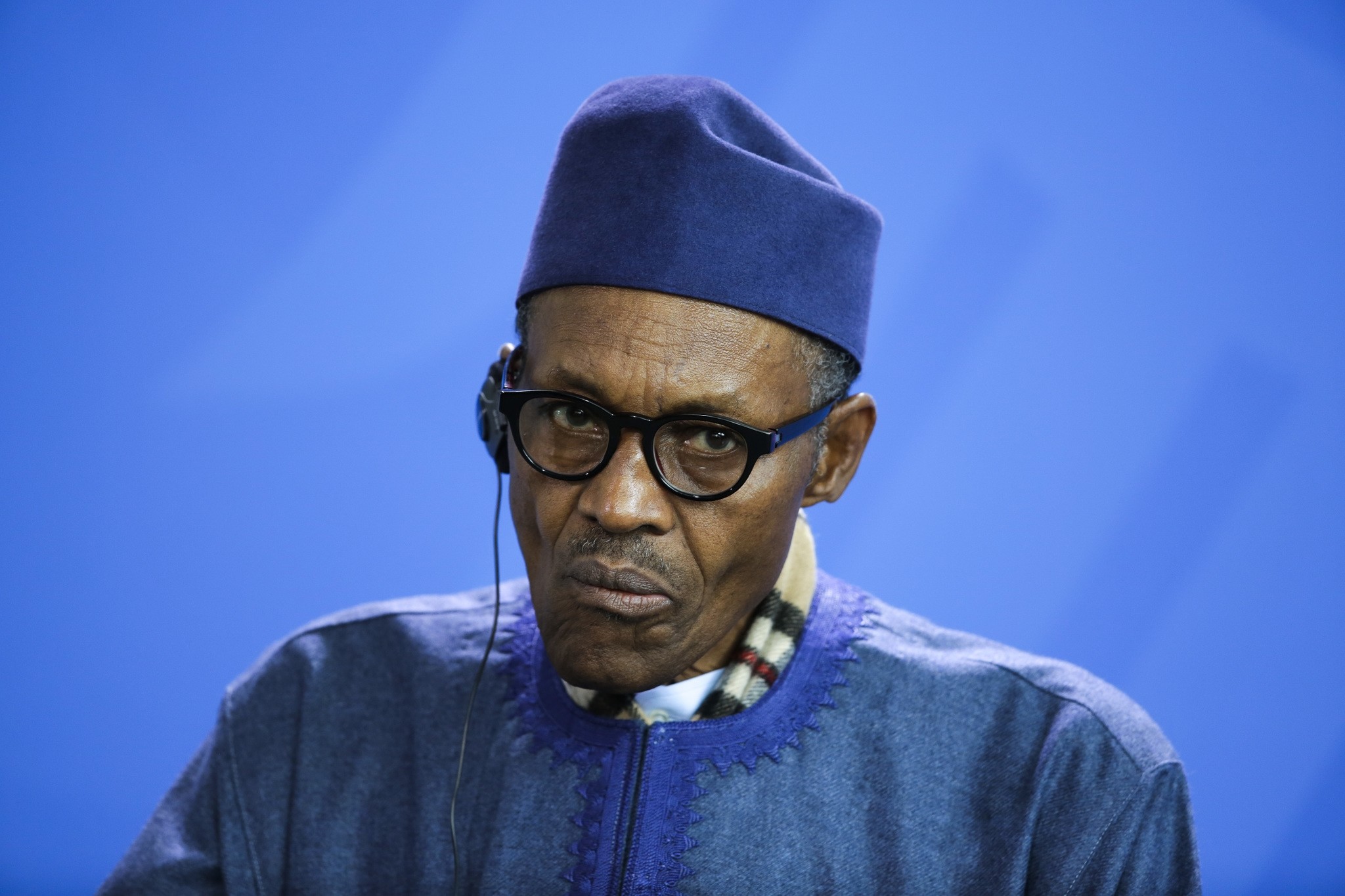 The President of Nigeria Muhammadu Buhari attends a news conference with German Chancellor Angela after talks at the chancellery in Berlin, Germany, Friday, Oct. 14, 2016. (AP Photo)
by Oct 14, 2016 12:00 am

Nigeria's President Muhammadu Buhari on Friday hit back at criticism from his wife about his leadership, saying she "belongs to my kitchen".

Buhari's wife Aisha Buhari told the BBC in an interview that she may not back him at the next election if he fails to shake up his government.

But the president lashed out, saying during a visit to Berlin that "she belongs to my kitchen, and my living room and the other room".

He also said he had more political experience than her, "so I claim superior knowledge over her and the rest of the opposition because in the end I have succeeded" in winning Nigeria's presidency.

"It is not easy to satisfy the whole Nigerian opposition parties to participate in the government," he told journalists, addressing the press following talks with German Chancellor Angela Merkel.

Nigeria's first lady said in the interview that Buhari has not told her if he would contest the next elections in 2019.

But "if things continue like this... I will not go out and campaign again and ask any woman to vote like I did before. I will never do it again," said Aisha Buhari, whose grandfather was Nigeria's first defence minister.

She suggested that the government had been hijacked by a "few people" who have made key official appointments. As a result, she said Buhari did not even know most of the people holding top posts in the country.

Buhari was voted into power in 2015 on an anti-corruption platform and Nigerians have largely praised the retired general for his commitment to restoring order and accountability.

But the country's economy is battered by a recession as global crude prices sink while the oil-producing south has been hit by a wave of attacks by rebels.

Buhari is divorced from his first wife Safinatu, with whom he had five children. He married Aisha, 45, in 1989. They also have five children together.