After breaking it, West belatedly trying to put back Libya together 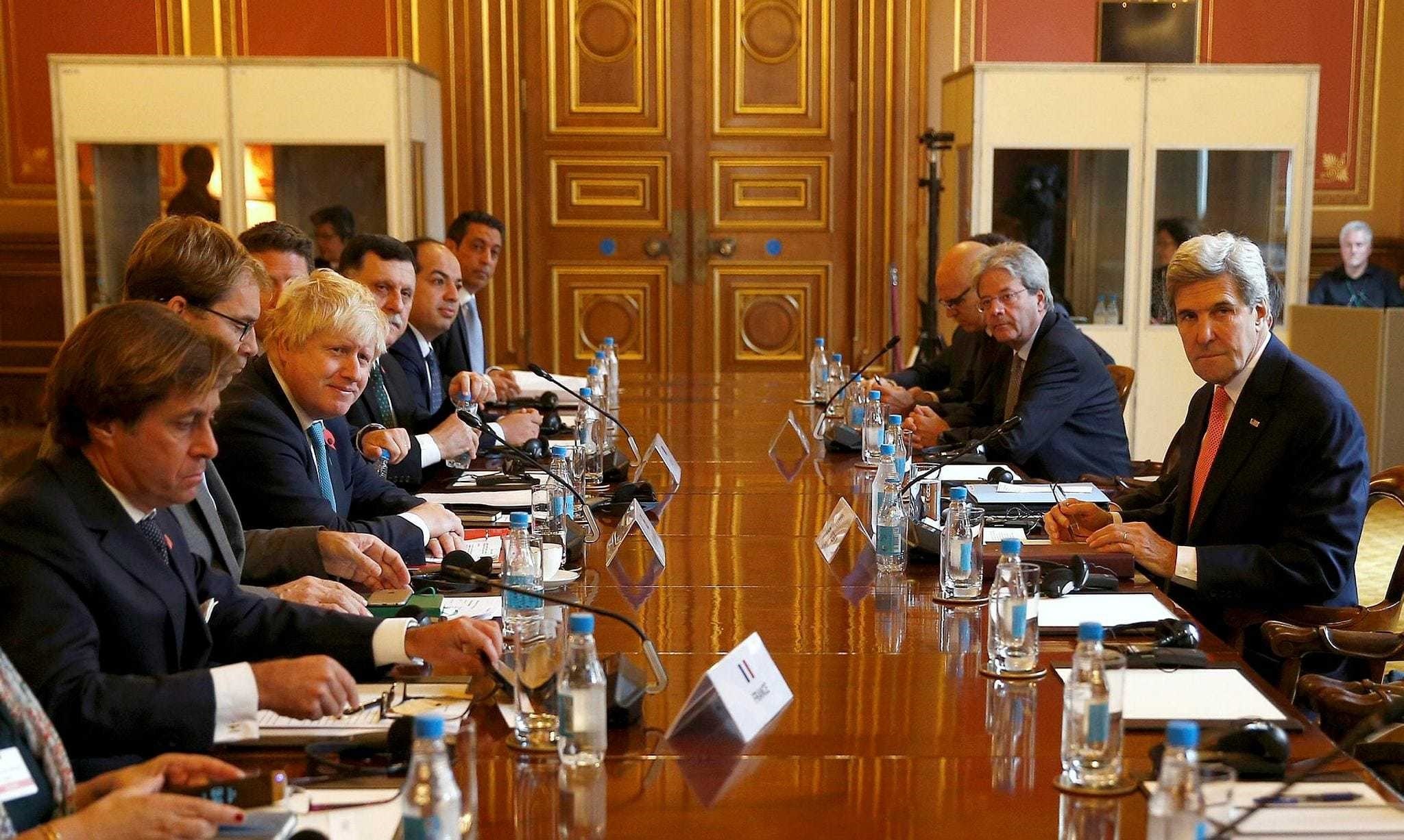 NATO intervention in 2011 has turned Libya into a failed state as the U.S. and Britain now try to find ways in London to solve the ongoing civil war and economic ruin

After NATO-led air campaign which has created a failed state in Libya, the U.S. Secretary of State John Kerry and British Foreign Secretary Boris Johnson hosted yesterday a meeting in London in an attempt to break Libya's political stalemate and reform the security and order in the country. Monday' session comes after a World Bank report disclosing that the Libyan economy is "near collapse."

Britain and France have been held accountable for creating a failed state in Libya, the oil-rich North African country, as Western meddling only makes matters immeasurably worse.

The report suggested that a "substantial loss in real purchasing power of the population", with basic food prices leaping 31 percent in the first quarter of the year. Libya may have Africa's largest oil reserves, estimated at 48 billion barrels, but production and exports have slumped dramatically through years of crisis as the NATO intervention has only brought political turmoil and armed conflict that have splintered the country for the last five years after the ouster of the strongman Muammar Gaddafi in 2011. Libya pumped around 1.6 million barrels of crude a day during Gaddafi's rule, but the ensuing chaos hit production which fell as low as 290,000 in recent months, according to the National Oil Company (NOC).

France and Britain led an international coalition in a series of airstrikes against Gadhafi in March 2011. The oil-rich North African country descended into chaos after the Western intervention and parts of it have become a bastion for Daesh, giving the militants a new base even as its territory in Syria and Iraq shrinks under constant assault.

Libya has suffered from a chronic absence of security as various actors have emerged. There are two centers of power in the crisis- hit country; the internationally recognized government in Tobruk, the Government of National Accord (GNA) and Tripoli-based General National Congress (GNC). The GNA is the centerpiece of U.N. efforts to end five years of chaos in Libya and it now faces an even tougher battle to assert its authority over the rival administration in the east.

The powerlessness of the central government has led many people to take up arms against the government. After the ouster and subsequent killing of Gaddafi, the army has disintegrated, and the central government has gradually lost its power without having much effect on the ongoing violent clashes between armed forces loyal to General Khalifa Haftar. State security forces have also failed to protect the government, leaving the country unprotected and open to heavy clashes between rival militias trying to gain authority over the government and the country. Peace and political stability seems far off as no rival militias have been strong enough to put an end to the ongoing war.
RELATED TOPICS