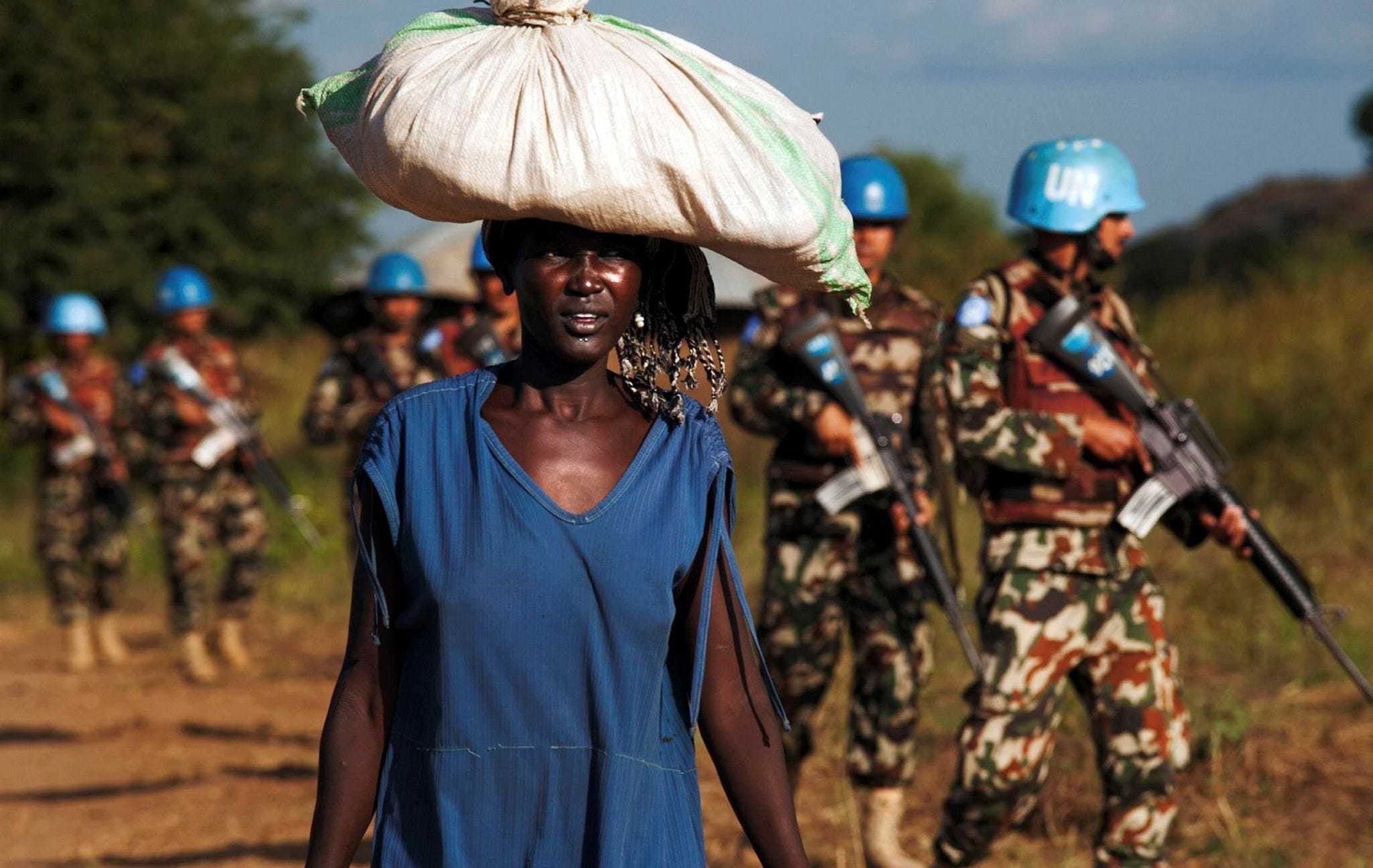 A displaced woman carrying goods as United Nations Mission in South Sudan (UNMISS) peacekeepers patrol outside the premises of the UN Protection of Civilians (PoC) site in Juba.
by Compiled from Wire Services Nov 03, 2016 12:00 am

The United Nations mission is failing to respond to acts of sexual violence in South Sudan, an internal report says condemning the actions of peacekeepers in the country. The commander of the U.N. force in the country was fired for 'lack of leadership' in protecting civilians

United Nations Secretary-General Ban Ki-moon has fired the commander of the peacekeeping force in South Sudan on Tuesday after an independent investigation sharply criticized the military response to deadly attacks in July on a U.N. compound housing 27,000 displaced people.

The report from a U.N. special investigation found that a lack of leadership in the U.N. mission culminated in a "chaotic and ineffective response" during heavy fighting in the capital from July 8-11.

Peacekeepers abandoned their posts and failed to respond to pleas for help from aid workers under attack in a nearby hotel compound, according to a summary of the report.

British Ambassador Matthew Rycroft described the report as a "damning indictment" and said the Security Council as well as the U.N. system must draw lessons from the failures. The council is set to discuss the crisis in South Sudan on Nov. 17.

The U.N. mission known as UNMISS has 16,000 troops deployed in South Sudan, which has been at war since December 2013.

A confidential U.N. report obtained by The Associated Press in September said the deadly fighting in July was directed by the highest levels of Kiir's government. Among the targets were the U.N. peacekeeping base known as UN House and the adjacent camp where some 27,000 displaced civilians, who are Nuer, had sought safety and the Terrain Camp, a private compound just over a kilometer (0.6 miles) away where U.N. staff, aid workers and local staff were housed.

The report said "a lack of leadership on the part of key senior mission personnel culminated in a chaotic and ineffective response to the violence" at U.N. House and the compound for displaced civilians.

"The force did not operate under a unified command, resulting in multiple and sometimes conflicting orders to the four troop contingents from China, Ethiopia, Nepal and India, and ultimately underusing the more than 1,800 infantry troops at U.N. House," it said.

A confidential U.N. report obtained by The Associated Press in September said Kiir and senior members in his government directed the fighting and had significant command and control over their forces.

South Sudan, the world's youngest country, has been riven by ethnic violence since shortly after gaining its independence from Sudan in 2011. Civil war broke out in 2013 when government forces loyal to President Salva Kiir, an ethnic Dinka, battled rebels led by his former vice president Riek Machar, who is a Nuer. A peace agreement was signed in August 2015, but fighting, that has left tens of thousands dead and more than 2 million displaced, continues.
RELATED TOPICS