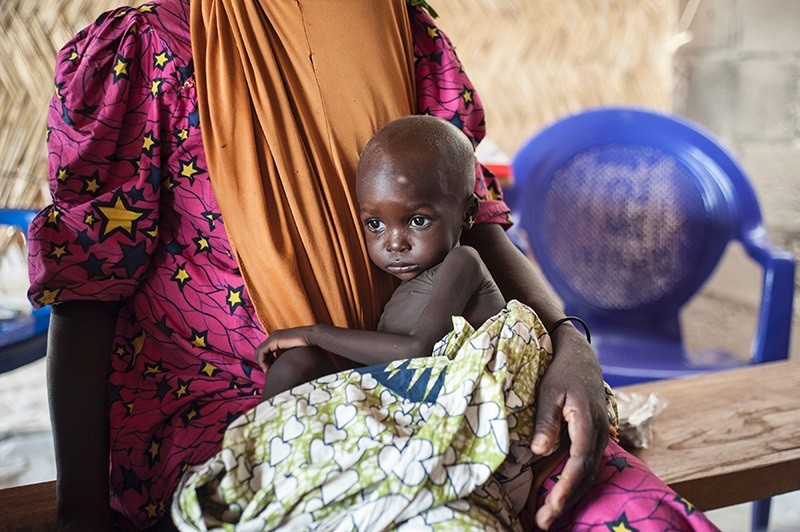 Two hundred children could die every day from hunger in north-eastern Nigeria where terrorist group Boko Haram is wreaking havoc, charity Save the Children said Monday.

Up to half of all children under the age of five are acutely malnourished, the organization found when screening the health of boys and girls in the region between June and October.

The figure could be even worse in areas that are out of reach because of insecurity, according to the report.

"Children are presenting in desperate conditions and facing severe malnutrition, often in combination with other life-threatening illnesses like pneumonia, malaria and diarrhoea," said Save the Children country director Ben Foot.

Violent attacks on civilians by Boko Haram since 2009 have affected almost 15 million people in north-eastern Nigeria, according to the World Health Organization (WHO).

More than 2.2 million people have fled their homes in the region, while 7 million people are estimated to be in need of humanitarian assistance, the WHO said. Roughly 3 million people lived in unknown conditions in inaccessible areas in 2015.