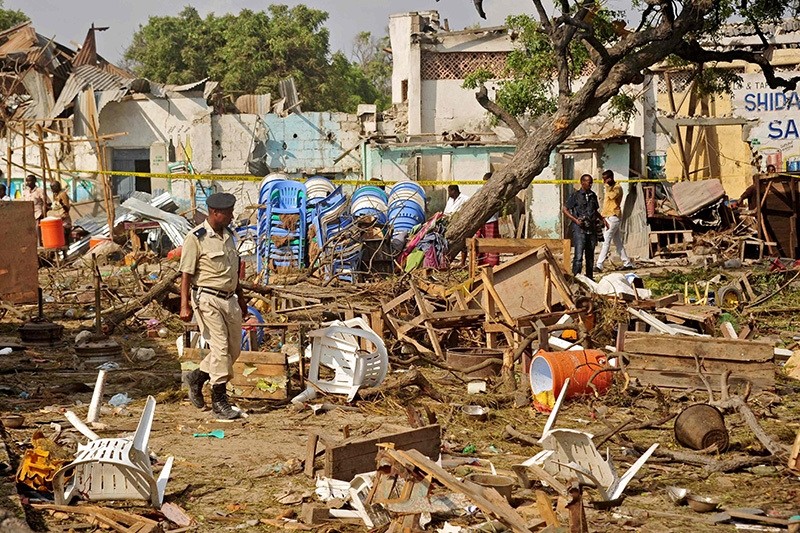 A Somali soldier (L) and residents walk through the wreckage at the scene of car bomb attack near the Mogadishu port (AFP Photo)
by Compiled from Wire Services Dec 11, 2016 12:00 am
A car bomb went off at the entrance of Somalia's biggest port in its capital Mogadishu on Sunday, killing at least 22 people, police said.

Dunia Ali Mohamed, the head of Mogadishu Marina Hospital, confirmed to Anadolu Agency that at least 22 dead and 23 injured had been taken in by the hospital.

"We assisted 48 wounded people and carried 16 others who were killed in the blast," said Abdikadir Abdirahman Adem, director of Mogadishu's AMIN ambulance service.

Al-Qaeda-affiliated group al-Shabaab have claimed responsibility for the attack, claiming it had killed 30 people and injured 50 others.

An employee at the facility told Reuters the blast was the work of a suicide bomber.