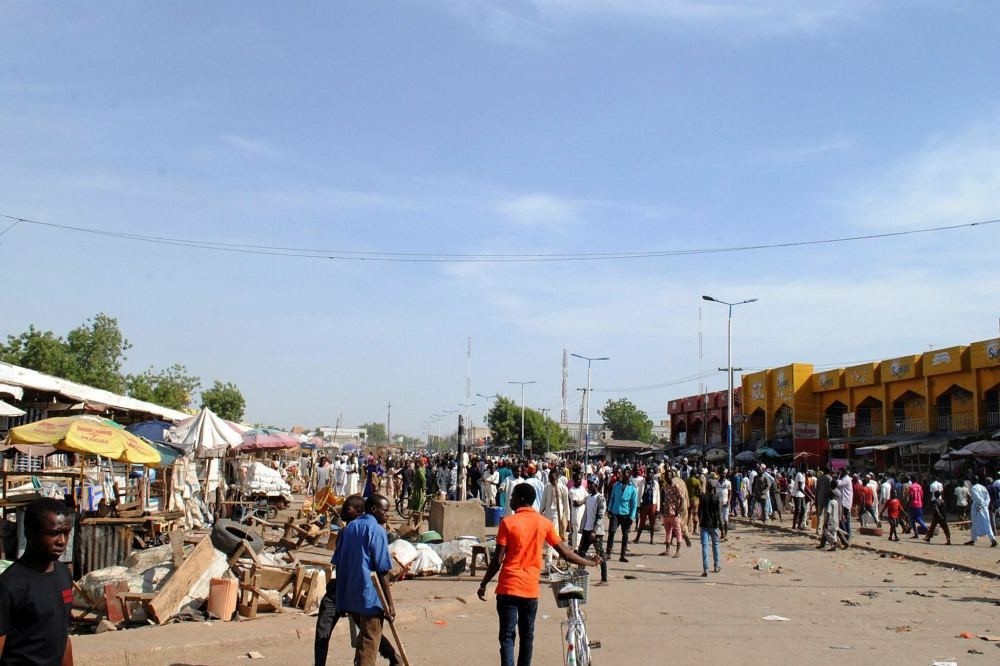 by Associated Press Dec 13, 2016 12:00 am
Two girl suicide bombers died when they exploded Sunday in a crowded area near a market in Nigeria's northeastern city of Maiduguri, injuring 17 people, rescue officials said. Survivor Abubakar Musa said he also saw among the victims the bodies of soldiers, who were guarding a nearby electric power installation. Officials blamed the Boko Haram militant group that has staged numerous attacks in Maiduguri, the birthplace of the insurgency.

One bomber appeared no older than 7 and the second about 8 years old, said Abdulkadir Jabo, a civilian self-defense fighter who stopped them from going into the market. "I asked the older girl where she was going but she could not speak Hausa or Kanuri ... and appeared very unsettled, so I turned her back," he told The Associated Press. Seconds later, she detonated, followed by the younger girl, Jabo said.

Boko Haram has used scores of women and girls in suicide bombings, prompting suspicions that some are among the many thousands that they have kidnapped over the years.

In a particularly horrific instance, a woman suicide bomber carrying a baby on her back was shot by soldiers at a checkpoint on Nov. 28. The shot detonated her explosives, killing the woman and the baby.

Sunday's blasts occurred near Maiduguri's Monday Market, just weeks after the state government reopened the roads leading to the market. They had been closed for nearly two years over security concerns following previous bombings at the market that killed dozens of people.

On Friday, two women suicide bombers exploded in a market at Madagali, 150 kilometers (95 miles) southeast of Maiduguri, killing 57 people and wounding 177 including 120 children.

Since Nigeria's military has dislodged insurgents from towns and villages this year, Boko Haram has been attacking soft targets. Suicide bombings and attacks on military camps continue, though Nigeria's government claims it has the insurgents on the run. President Muhammadu Buhari declared the uprising "technically defeated" a year ago. On Friday, he vowed Nigeria's military is working "at slamming the final nail in the coffin of Boko Haram." The seven-year insurgency has killed more than 20,000 people, forced 2.6 million from their homes and created a massive humanitarian crisis.

Boko Haram, which has one branch allied to the Daesh, wants to install an Islamic state in Nigeria, West Africa's oil giant of 170 million people divided almost equally between a mainly Christian south and predominantly Muslim north.
Last Update: Dec 13, 2016 1:35 am
RELATED TOPICS