80,000 children at risk of starving to death in Nigeria, UNICEF reports 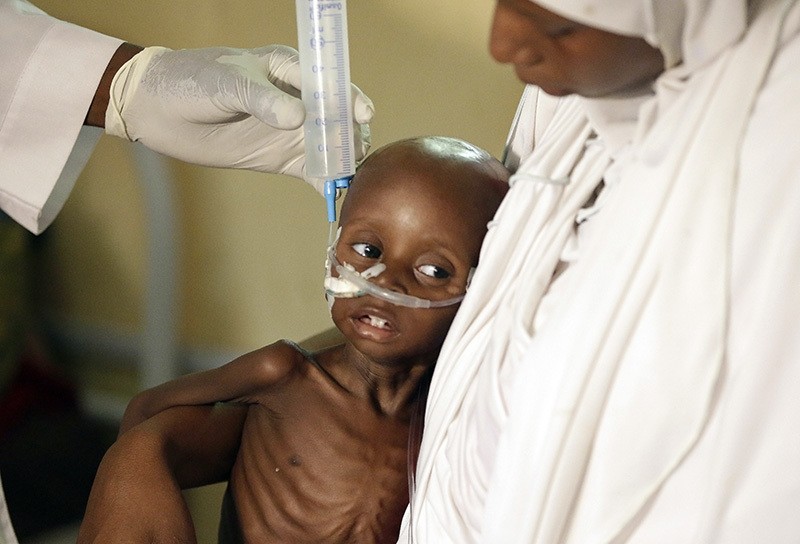 Nearly a half million children will face starvation in northeastern Nigeria next year and 80,000 will die if they don't get treatment in the humanitarian crisis, the U.N. Children's Agency warned Tuesday.

"What is already a crisis can become a catastrophe," UNICEF executive director Anthony Lake said.

His statement said the 400,000 children at risk of starvation represent just a fraction of the suffering among some 2.6 million refugees in the seven-year insurgency that has killed more than 20,000 people.

"If they do not receive the treatment they need, one in five of these children will die," Lake said.

"Large areas of Borno state are completely inaccessible to any kind of humanitarian assistance. We are extremely concerned about the children trapped in these areas," he added.

The Associated Press has reported since September that children already are dying of starvation in Maiduguri, the biggest city in Nigeria's northeast that is easily accessible. Doctors Without Borders said in November that thousands of kids already have died, including 10 percent to 25 percent of children admitted to its 110-bed Maiduguri emergency treatment center.