Gambian leader given last chance to step down 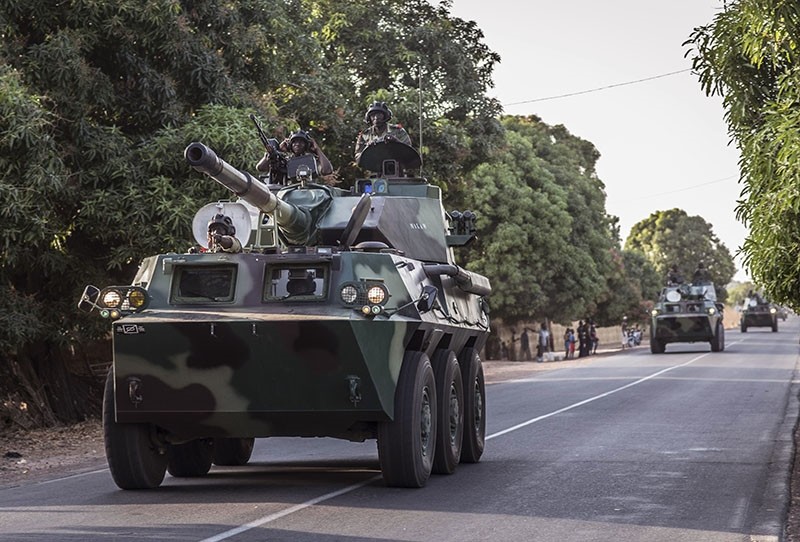 West African officials say Gambia's defeated President Yahya Jammeh must cede power by noon Friday or he will be dislodged by a regional force that has already moved into the country.

Marcel Alain de Souza, chairman of the West African regional bloc, ECOWAS, said early Friday that if Jammeh refuses to leave Gambia by midday the regional force will force him out.

The presidents of Liberia and Guinea were expected to arrive in the capital Banjul to give Jammeh, who ruled the small West African nation for 22 years with an iron fist, a last chance to respect the constitution, state broadcaster GRTS reported.

The announcement comes hours after military forces of the Economic Community of West African States (ECOWAS) crossed from Senegal into Gambia in an attempt to search for Jammeh.

A West African regional force including tanks moved into Gambia Thursday evening after the inauguration of Adama Barrow as the country's new president and the U.N. Security Council voted to approve the military intervention by the regional troops. Barrow, who won Gambia's presidential election in December, was sworn into office at the Gambian embassy in neighboring Senegal, where he was for his safety.