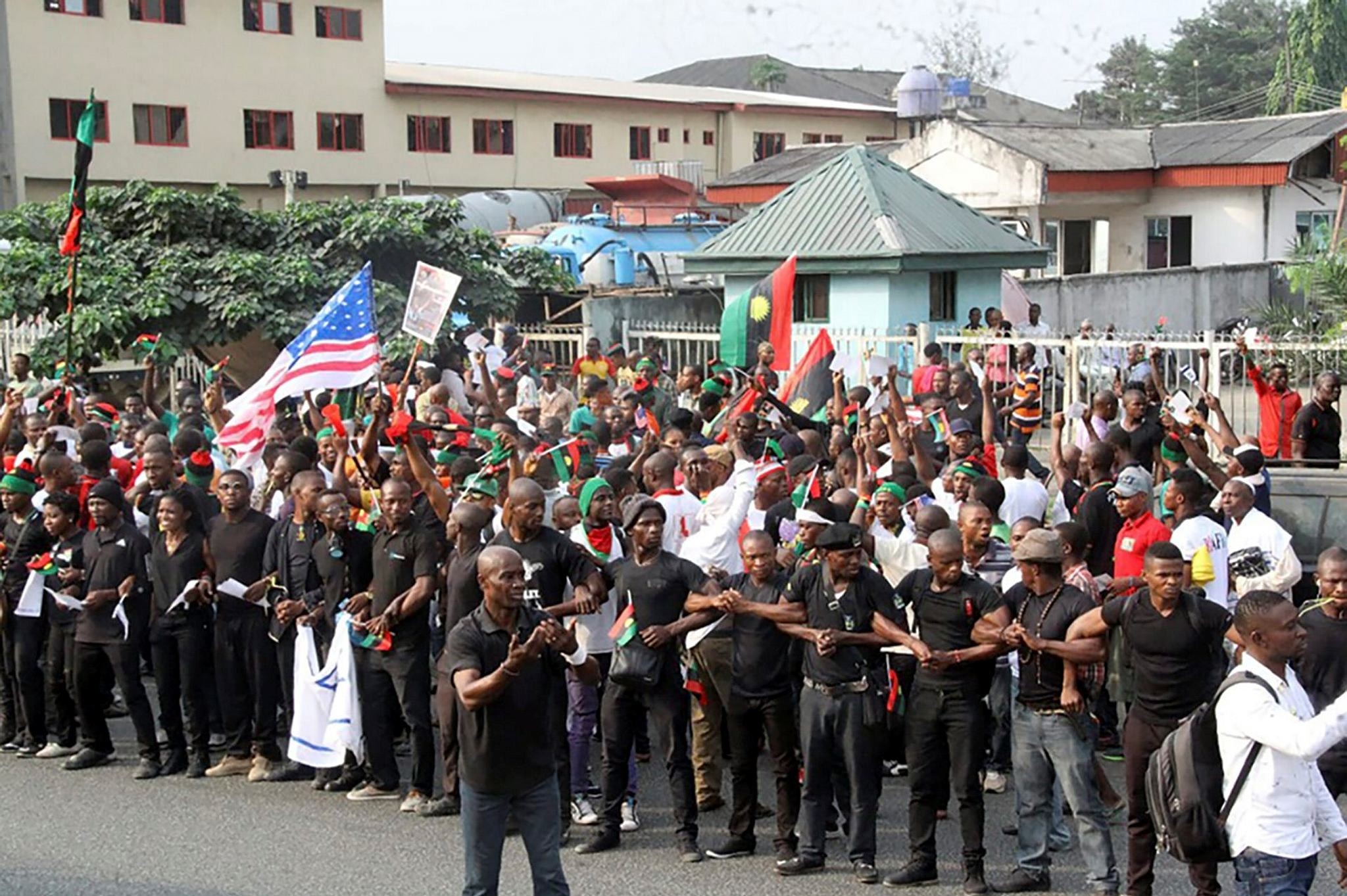 Police in Nigeria on Sunday said they had arrested 65 people at a demonstration of support for US President Donald Trump organized by pro-independence activists in the country's south.

The rally, which took place on Friday in the southern oil hub of Port Harcourt, was organized to coincide with the billionaire businessman's inauguration as the 45th US president.

It was organized by a pro-Biafra group advocating an independent state in southeastern Nigeria and was held on the eve of massive demonstrations against Trump across the globe.

He said the march was not authorized and had disturbed the public order, with police using tear gas to disperse them.

"About 65 of them were arrested" on suspicion of belonging to the IPOB, and were found to be carrying the movement's flag, he said.

The IPOB is part of a wider secessionist movement that advocates an independent state of Biafra, a region in southeast Nigeria that unsuccessfully fought for independence in a brutal three-year civil war that ended in 1970.

Posting on Twitter, several pro-Biafra activists claimed police had brutally attacked the unarmed demonstrators and even killed several of them but there was no way of independently verifying the reports.

Early on in the US presidential race, IPOB threw its support behind Trump in the belief he would recognise their independence movement.

Soon after Britain voted in a referendum in June to leave the European Union, the group pushed for its own version of "Brexit" from Nigeria that it dubbed "Biafrexit".

Separatist sentiment has grown over the past 15 months since the arrest of the brother of the IPOB's leader, with activists engaging in bloody clashes with the security forces that have been condemned by human rights groups.