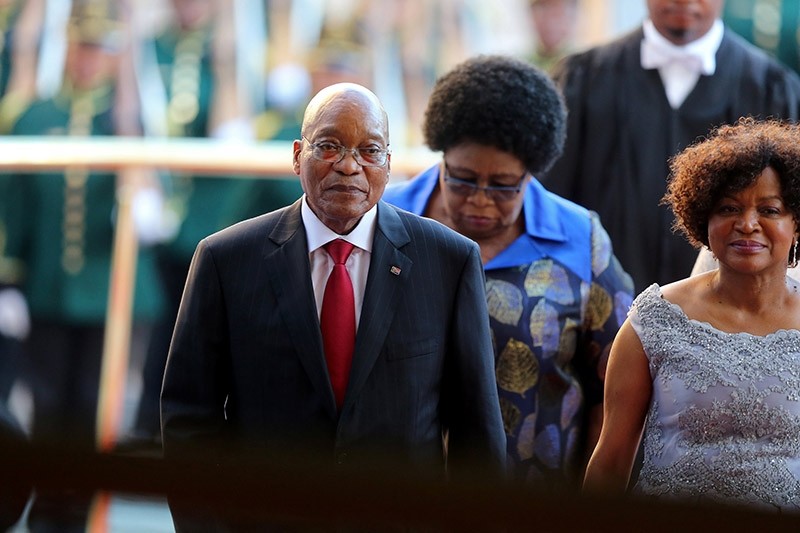 President Jacob Zuma arrives ahead of his State of the Nation Address (SONA) to a joint sitting of the National Assembly (Reuters Photo)
by Daily Sabah Feb 10, 2017 12:00 am

South Africa will continue to support Palestine, President Jacob Zuma told lawmakers as he delivered his state of the nation address at the parliament on Thursday, as a brawl broke out between the guards and opposition lawmakers.

According to reports, the South African president highlighted that the Israeli settlement policies obstruct all global efforts for a two-state solution and the implementation of the Oslo Accord.

Reminding the lawmakers that it is the 50th anniversary of the occupation of Palestine by Israel, Zuma said South Africa will continue to support the Palestinians.

In January, Zuma urged South Africans during the 105th anniversary of the ruling African National Congress (ANC) Party to avoid visiting Israel unless it aims to "foster peace" in the region.

"We firmly discourage travel to Israel for causes not related to fostering peace," Zuma told his party.

Many South Africans support Palestinians and criticize Israel for the occupation of Palestinian territories, as they believe what the Palestinians are going through is very similar to what happened in South Africa during the apartheid regime. There are also bureaucratic obstacles to importing products from Israel.