39 killed, 27 others injured in Mogadishu bombing 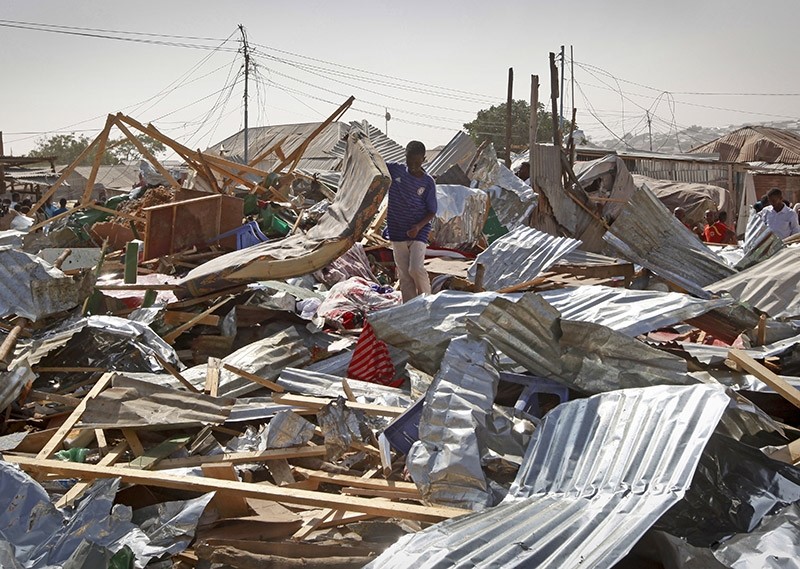 The toll has climbed to 39 dead in an unusually deadly suicide bombing at the weekend in the Somali capital Mogadishu, rescue workers said Monday, the first since a new president was chosen this month.

The suicide car bomber struck a busy market in the Madina neighborhood on Sunday, the explosion ripping through shoppers, stalls and vehicles.

No group has so far claimed responsibility for the attack, but suicide bombings are commonly carried out by Somalia's Shabaab terrorists who have threatened a "vicious war" against the new government.

Authorities on Sunday said at least 20 people were killed by the blast.

The attack drew condemnation from international backers of Somalia's newly-elected President Mohamed Abdullahi Mohamed, known as Farmajo, who has offered a $100,000 (94,000 euro) reward for information on who carried out the attack.

Farmajo, a dual American and Somali citizen, is due to be sworn in on Wednesday.

The latest attack underlines the challenge facing the new president, who has inherited an administration with limited control over Somali territory due to the presence of Shabaab, and is heavily propped up by the international community.

The Shabaab, an al-Qaeda-aligned militant group, was forced out of the capital by African Union troops in 2011 but still controls parts of the countryside and carries out attacks against government, military and civilian targets seemingly at will in Mogadishu and regional towns.

Somalia has not had an effective central government since the collapse of Siad Barre's military regime in 1991, which led to decades of civil war and violent anarchy.