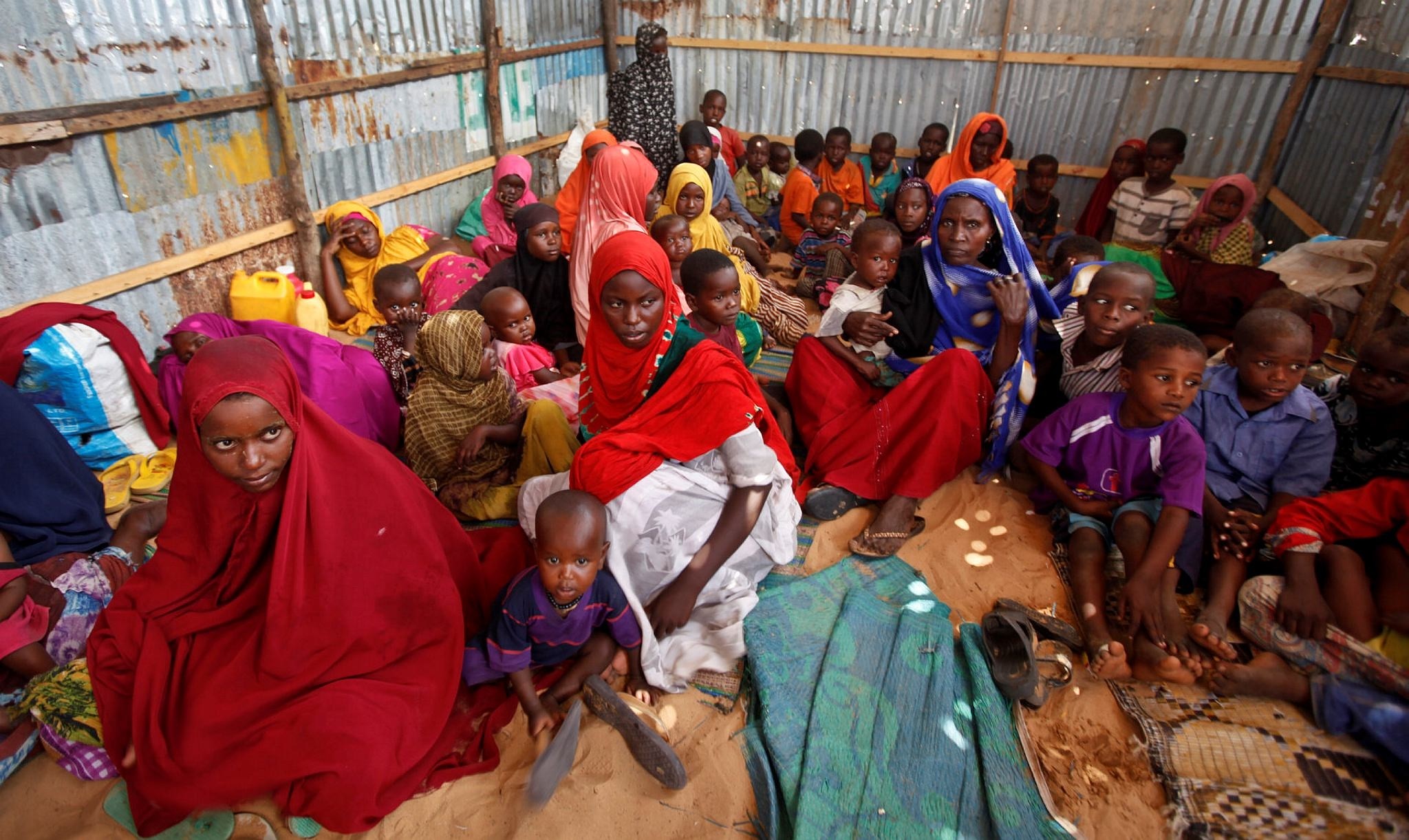 Displaced Somalis who fled the drought in southern Somalia sit in a camp in the capital Mogadishu, Somalia. (AP Photo)
by Daily Sabah Mar 04, 2017 12:00 am

In a series of tweets he posted on late Saturday, the President said: "We cannot afford to turn a blind eye to requests for help from those countries where the drought-related hunger has reached critical levels."

He encouraged his followers to make donations and support aid campaigns to avert catastrophic hunger and famine.

More than 20 million people living in Somalia, Nigeria, South Sudan and Yemen are under the risk of dying from starvation within six months. The hike was mainly driven by deepening crises in those countries, where conflict and drought have crippled food production.

Earlier today, Somalia's prime minister said that 110 people have died of hunger and water-borne diseases in the past 48 hours in a single region in the country.