Japan to withdraw from South Sudan peacekeeping mission after 5 years 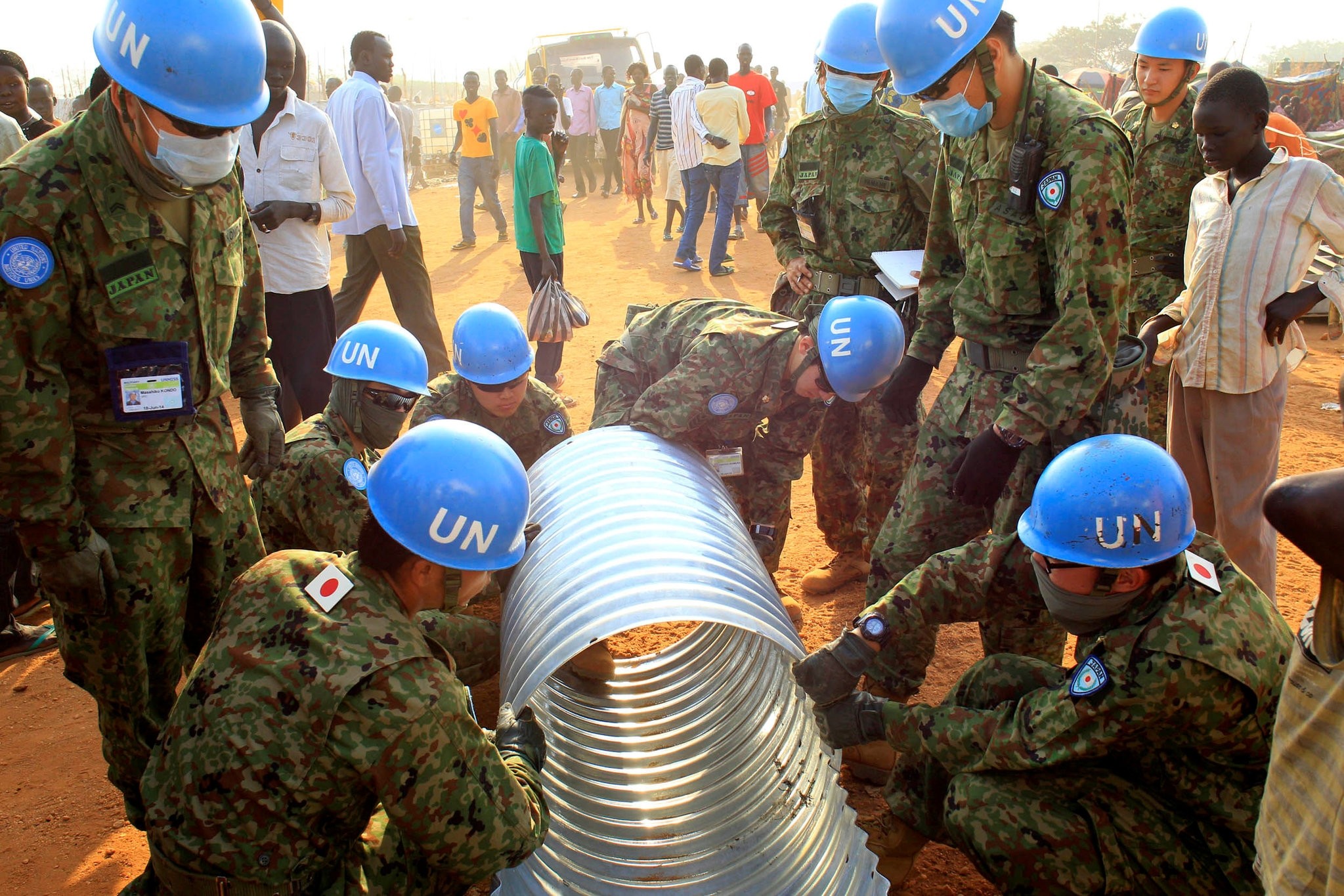 Abe told reporters that Japan would not renew the mission after the current rotation returns in May. The 350-person infrastructure team has been focused on road construction.

The team that arrived in South Sudan in November was Japan's first to have an expanded mandate to use force if necessary to protect civilians and U.N. staff. The Japanese military's use of force is limited by its post-World War II constitution.

Abe said Japan would continue to assist South Sudan in other ways such as with food assistance and humanitarian support, and will keep some personnel at the U.N. peacekeeping command office.

"As South Sudan enters a new phase of nation-building, we have decided that we can now put an end to our infrastructure building efforts that the Self Defense Force has engaged in Juba," Abe told reporters.

The decision to withdraw comes amid concern about the safety of Japanese troops in South Sudan.

Chief Cabinet Secretary Yoshihide Suga denied that was the reason for the decision.

"The decision is a result of our comprehensive considerations and not because of the deteriorating security situation," he said. "We have reached a certain point in the repair work."

The South Sudan mission was the longest for Japanese troops, who also have served in Golan Heights, Cambodia and other areas for post-ceasefire assistance limited to non-combative roles. Japanese opposition lawmakers and peace activists have criticized the Abe government for allegedly violating war-renouncing principles by keeping the mission as clashes continued in South Sudan.

Hopes were high that South Sudan would have peace and stability after its independence from neighboring Sudan in 2011. But the country plunged into ethnic violence in December 2013 when forces loyal to President Salva Kiir, a Dinka, started battling those loyal to Riek Machar, his former vice president who is a Nuer.

A peace deal signed in August 2015 has not stopped the fighting, and clashes last July between forces loyal to Kiir and Machar set off further violence. The conflict has killed tens of thousands of people and forced 3.1 million to flee their homes. An estimated 100,000 people are experiencing famine, and another 1 million people are on the brink of starvation.

The Security Council decided in August to send an additional 4,000 peacekeepers after clashes the previous month killed hundreds in South Sudan's capital Juba. South Sudan initially objected to the force and has delayed its deployment. Some progress on sending the extra troops has recently been made however, and the deployment of an advance contingent of Rwandan forces is being finalized, according to a report by the U.N. secretary-general this week.