At least 6 killed, 4 injured by car bomb in Somalia's capital 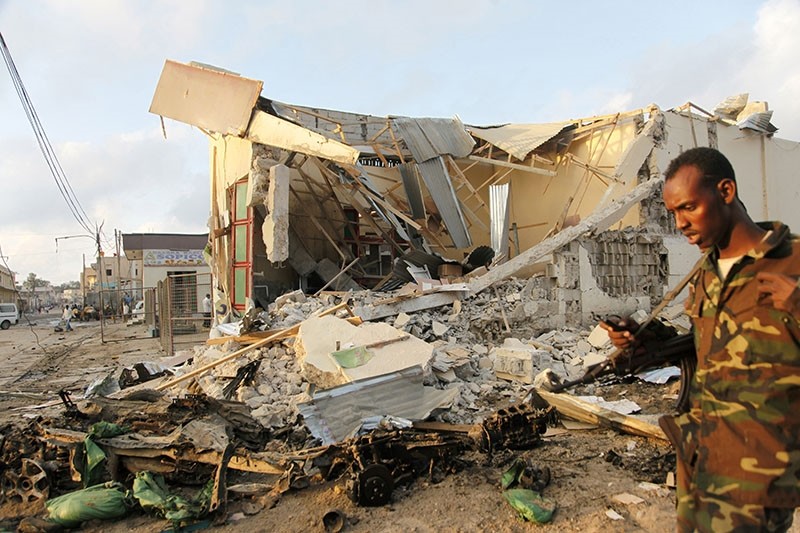 A police officer says a suicide car bomber has detonated near a hotel in Somalia's capital, killing at least six people and injuring four others.

Capt. Mohamed Hussein says the bomber detonated near the Weheliye hotel on the busy Maka Almukarramah road on Monday morning.

Ambulances have rushed to the scene.

There has been no immediate claim of responsibility for the blast. However, the al-Qaida-linked terrorist group al-Shabab often carries out such attacks.

Despite being ousted from most of its key strongholds in south and central Somalia, the terrorist group continues to carry out deadly guerrilla attacks across the country.