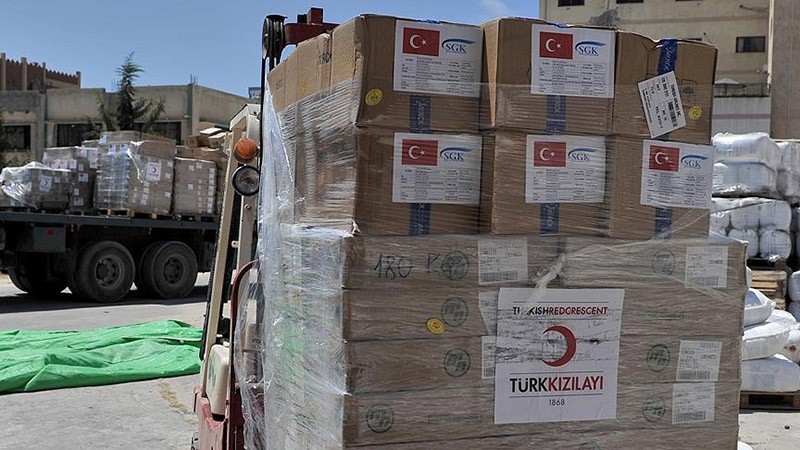 Turkey has been making final arrangements to send medical equipment with cargo planes to Yemen, South Sudan and East Africa, where the number of deaths due to civil war, drought and famine are increasing day by day.

The aid campaign called "Be a Hope for Humanity" was launched under the leadership of the Turkish Red Crescent and with the participation of about 30 non-governmental organizations, after President Recep Tayyip Erdoğan drew attention to the humanitarian crisis.

Turkish Red Crescent President Kerem Kınık said that necessary visits to Yemen and South Sudan had already been already conducted to carry out the operational planning of the aid.

Kınık added that equipment from the Turkish Red Crescent's own depots would also be dispatched, in addition to the aid provided by the Disaster and Emergency Management Authority (AFAD), Turkish Cooperation and Coordination Agency (TIKA), Turkish Diyanet Foundation (TDV) and about 30 other nonprofits.

"We will first open an air corridor with cargo planes in Yemen, East Africa and South Sudan to carry out the medication delivery. And then dispatch food to these three regions via ships," Kınık explained, explaining that there were about three million people in Sudan who were displaced and unable to get medical treatment, while 13,000 wounded people in Yemen were also waiting to be treated.

President Recep Tayyip Erdoğan had previously warned via Twitter that millions of people in east African countries and Yemen were at risk of suffering major humanitarian crisis due to the severe drought in the region.

"We cannot afford to turn a blind eye to requests for help from those countries where the drought-related hunger has reached critical levels." he said, encouraging his followers to make donations and support aid campaigns.

More than 20 million people living in Somalia, Nigeria, South Sudan and Yemen are under the risk of dying from starvation within six months. The hike was mainly driven by deepening crises in those countries, where conflict and drought have crippled food production.