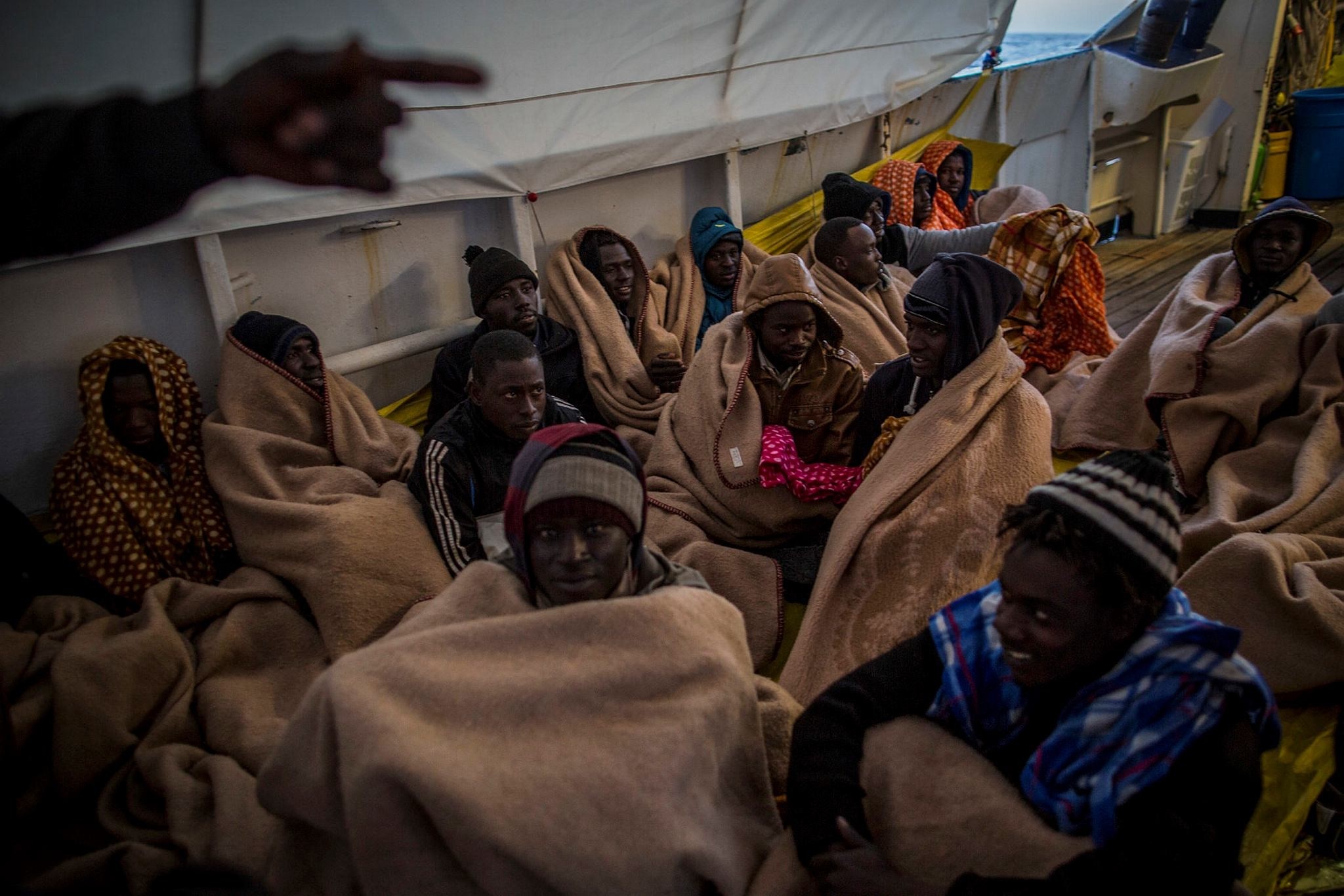 Libya has in two days rescued 420 migrants trying to cross the Mediterranean to Europe, a navy spokesman said Monday, but three were found dead and 30 reported missing.

General Ayoub Qassem said 205 Africans including eight women and a child were rescued early Monday off the coast of Tajura, 30 kilometres (18 miles) east of Tripoli,

The migrants "were on two inflatable dinghies that had started to take on water", he said.

On Sunday, the coastguard rescued 215 migrants including 47 women off Zwara, 160 kilometres west of Tripoli, Qassem said.

The bodies of three women were recovered, he said, and at least 30 people have been reported missing.

"They are thought to have jumped or fallen off the boat during the night," the spokesman said.

"The smugglers pushed two dinghies crammed with people out to sea before removing their engines and abandoning them to their fate."

Qassem did not say where the boats departed, but most leave from western Libya, just 300 kilometres (190 miles) from the Italian coast.

The Italian coastguard said it had also rescued another 3,000 migrants off the coast of Libya on Sunday.

The North African country has long been a stepping stone for migrants dreaming of a better life in Europe, but people smugglers have stepped up their lucrative trade in the chaos since the 2011 ouster of longtime dictator Moamer Kadhafi.

Interior ministers mainly from the central Mediterranean region met in Rome Monday to ramp up efforts to curb migration from Libya.

They released a declaration of intent which limited itself to promising increased coordination and information sharing in a bid to tackle the root causes of migration, as well as combat smuggling and strengthen borders.