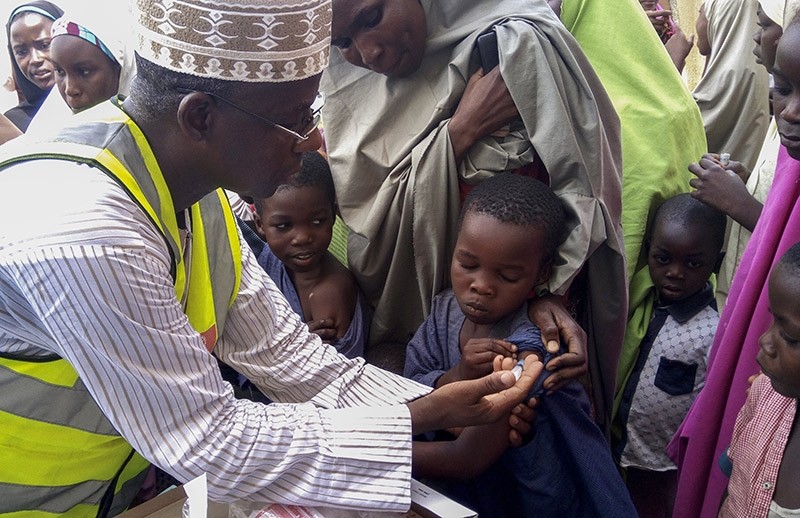 A Nigerian health official said Wednesday that a suspected 489 people have died during the latest meningitis outbreak to hit Nigeria.

At least five northern states -- Sokoto, Zamfara, Katsina, Kebbi, Niger -- and the Federal Capital Territory have been affected by the epidemic over the past five months.

Nigeria has started a large-scale vaccination program in response to the mass outbreak that has affected mostly children.

"As of now, there have been a total of 4,637 suspected cases out of which we have had 489 fatalities. Of these, 207 have been confirmed in laboratory tests," junior health minister Osagie Ehanire told reporters after cabinet meeting in Nigeria's capital of Abuja.

"I can tell you now that we are beginning to see the plateau, that is to say the epidemic is no more rising. It's beginning to flatten out," Ehanire said.

"We cannot tell immediately how many doses of vaccines we will need. But we have placed an order for an additional two million doses," Ehanire said.

Meningitis is caused by different types of bacteria, six of which can cause epidemics.

It is transmitted between people through coughs and sneezes, and facilitated by cramped living conditions and close contact.

The illness causes acute inflammation of the outer layers of the brain and spinal cord, with the most common symptoms being fever, headache and neck stiffness.

Nigeria lies in the so-called "meningitis belt" of sub-Saharan Africa, stretching from Senegal in the west to Ethiopia in the east, where outbreaks of the disease are a regular occurrence.