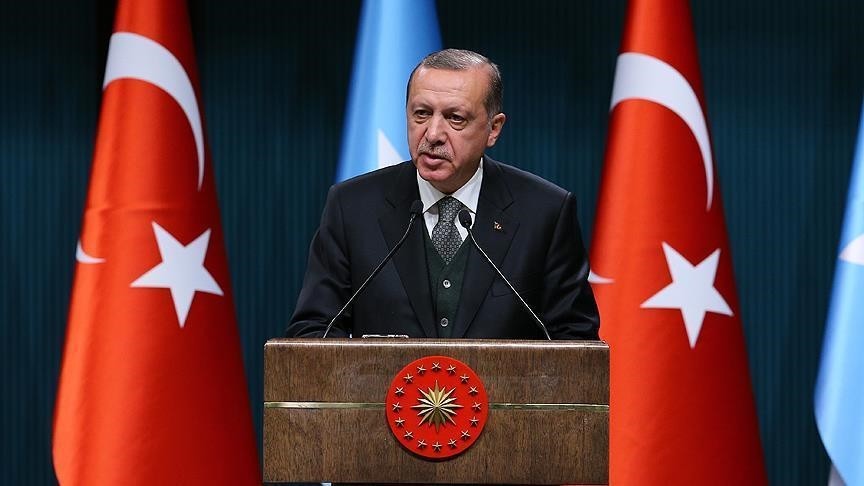 Turkey would continue to stand alongside "suffering people trying to keep alive in poverty," he added at an Ankara press conference with Somalian President Mohamed Abdullahi Mohamed.

"At least 14 million people, mostly women and children, are starving in Africa," he said. "Many developed western countries play the ostrich in the face of such human tragedies."

Erdoğan said Turkey had prepared aid for those countries in need of assistance.

"Unlike those who turn a blind eye to those who are trying to keep alive in poverty and starvation, we will continue standing by them. You cannot talk about peace and stability in a world where children are starving to death."

Erdoğan said Somalia had seen a significant period of change since he first visited the country in 2011, highlighting February's presidential election as an example.

Mohamed praised Turkey's reconstruction efforts in the Horn of Africa state. "Turkey has made important contributions to the reconstruction of Somalia after a very long working period," he said. "Somalia will continue seeking support from this relation."

He added that the "fruitful" meeting with Erdoğan had confirmed deep-rooted ties between the nations.

"At the moment, we have had many agreements in different fields, such as cooperation on development and cultural exchange," he told journalists.

"The business alliance between the two countries is progressing very quickly. In particular, the relationship between trade and business circles is very intense."

Nearly 900,000 people in Somalia are currently "in crisis and emergency conditions" while almost 2 million Somalis suffer from food insecurity, according to the UN. Another 1 million are refugees in neighboring countries.

In January, the World Food Program said around 14 million people in southern Africa were facing hunger due to drought.