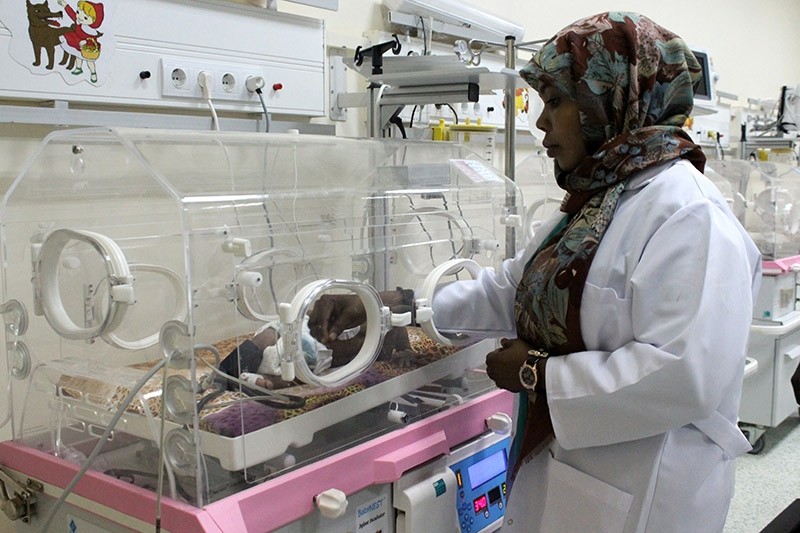 A hospital in Southern Darfur, opened in 2014 on behalf of the Turkish Cooperation and Coordination Agency (TIKA), offers unique services to adjacent areas and even attracts patients from neighboring countries such as Chad. The hospital plays a significant role amid an ongoing humanitarian crisis in the wider region due to military conflict, as well as due to shortages of rainfall and failing crops.

The institution called "Turkish Training and Research Hospital" is located in Darfur's capital city of Nyala in Sudan's south and was opened in 2014 by TIKA as the most modern hospital of the whole region. With 52 Turkish specialists and 306 Sudanese doctors, the facility helps to boost the local economy as eateries, pharmacies and other small businesses emerge in its immediate surroundings.

The hospital is the only one offering full-range diagnoses and treatment facilities in the whole region, Dr. Halil Akar, who is the head physician of the hospital.

"Ours is the only hospital in Nyala which offers neurosurgery and pediatric surgery. Besides, a CT scan machine is available only at the Turkish hospital."

The hospital treats an average of 450 patients daily. Due to its unique facilities, it also attracts patients from close-by countries such as Chad and reaches out to refugees from the neighboring state of South Sudan, transferring these from refugee camps to Nyala and serving them free of any cost.

Reports from April had stated that local hospitals in neighboring South Sudan suffered from a severe shortage of medicines, with South Sudan's government unable to meet the needs due to lack of funds. Refugee camps had been especially affected with several people dying from contagious diseases and the lack of adequate treatment. Some of these had to be transferred to Nyala in order to get medical assistance.