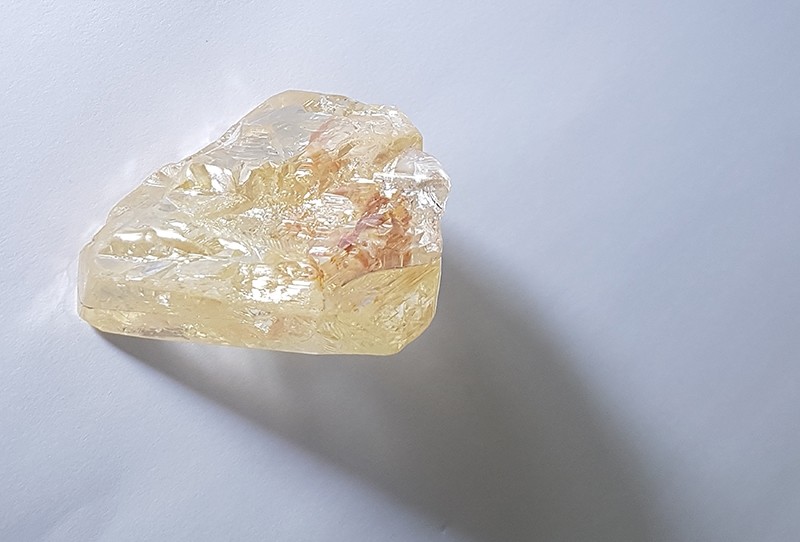 A much anticipated auction for one of the world's largest diamonds fizzled on Thursday when the government of Sierra Leone rejected a $7.77 million bid for the rough, egg-sized stone, saying it failed to meet its own valuation.

The 709-carat gem is the second largest ever discovered in the West African country and was unearthed in March in the eastern Kono region by a Christian pastor who gave it to the government to handle the sale.

Five bids were handed to auctioneers in a sealed brown envelope, ranging from $2 million to $7.8 million. The top bid was made by a man in a white shirt and light trousers on behalf of Belgium diamond dealer Ray Diam BVBA.

"We've decided not to sell the diamond today because the highest bid price ... does not match the government reserve price," Sahr Wonday, chief auctioneer and head of the National Minerals Agency, told a packed room.

The government now hopes to get more for the stone at an international auction in either Antwerp, Belgium or Tel Aviv in Israel, Wonday said, without giving further detail.

Diamonds fuelled a decade-long civil war in Sierra Leone that ended in 2002 and killed 50,000 people. Rebels forced civilians in the east to mine the stones and bought weapons with the proceeds, leading to the term "blood diamonds".

The United Nations lifted a ban on diamond exports from Sierra Leone in 2003, though the $113 million sector is plagued by smuggling.

The diamond up for auction on Thursday is the second largest ever found in Sierra Leone after the 968.9-carat Star of Sierra Leone which was found by miners in 1972.

Other African gems are even larger, including the 3,106-carat Cullinan diamond, which was found in South Africa in 1905. It was cut into several polished gems, the largest of which are part of Britain's crown jewels.

Emmanuel Momoh, the pastor who found the new diamond in March, was happy to wait for another auction.

"I was unhappy with the highest bid price," said Momoh. His stone, he said, "is worth a lot more than $7.8 million."