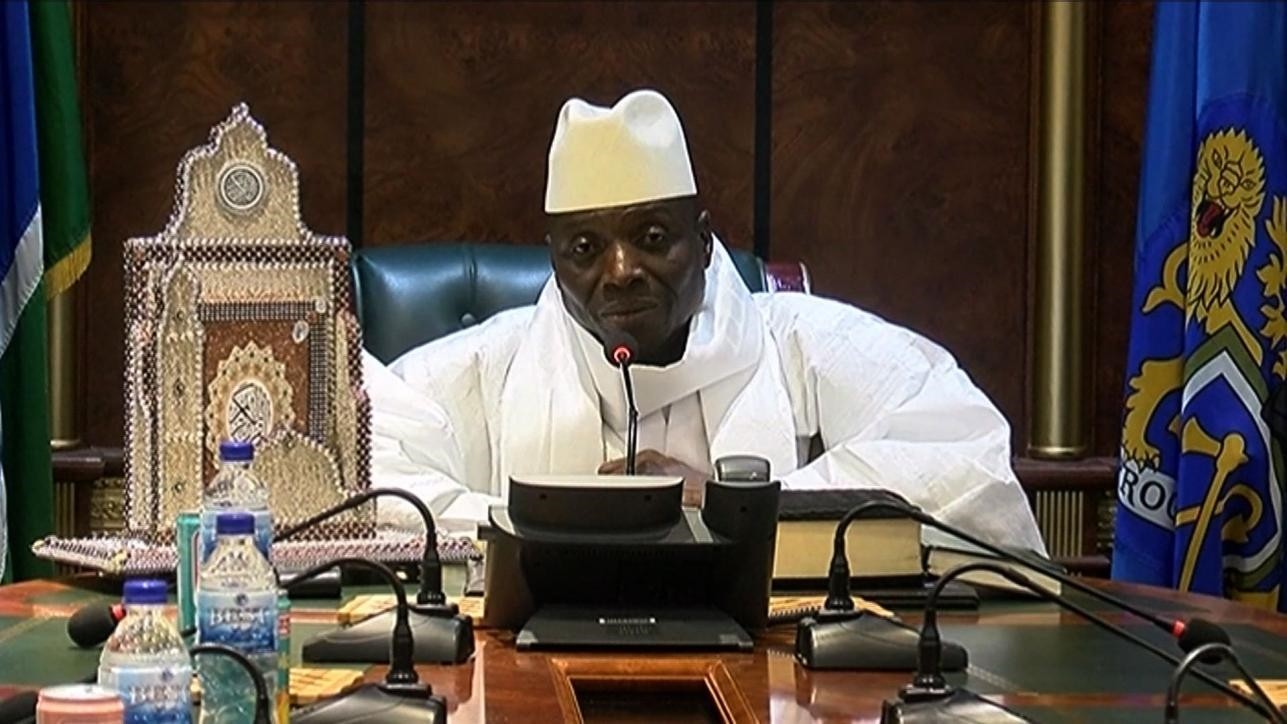 Ex-President Yahya Jammeh speaks during a press conference on December 2, 2016 conceding defeat in the presidential elections. (AFP Photo)
by May 22, 2017 12:00 am

The Gambia's justice minister said Monday ex-leader Yahya Jammeh stole more than $50 million from a state telecoms company, while a court froze his assets in the small west African nation.

"President Yahya Jammeh personally or under his instructions directed the unlawful withdrawal of at least $50 million," said minister Abubacarr Tambadou.

"We have today obtained a court order freezing or placing a temporary hold on the known assets in the country of former President Yahya Jammeh and companies directly associated with him," he added.