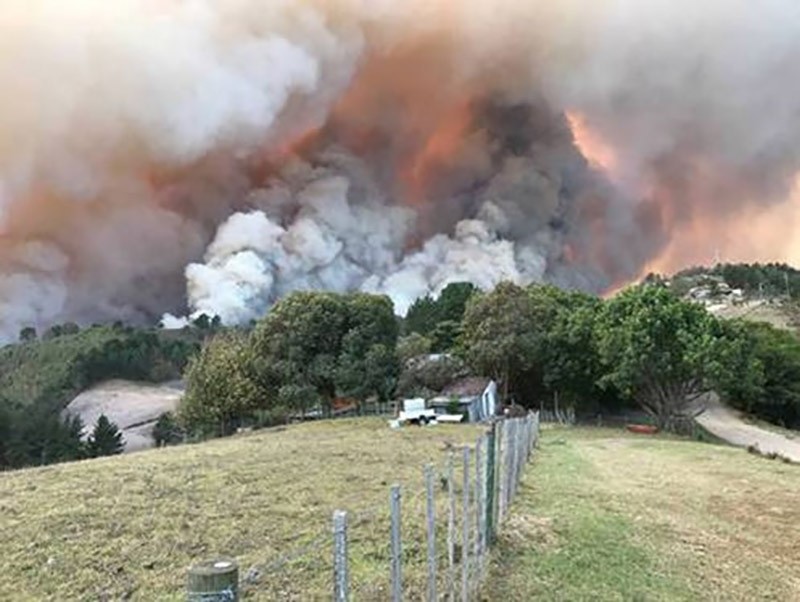 Fires fanned by high winds have swept through a scenic coastal town in South Africa, killing three people, destroying homes and forcing the evacuation of up to 10,000 people, authorities said Thursday.

The blazes in Knysna, a tourist destination on the popular Garden Route that runs along the southern coast, began after a storm hit the region around Cape Town on Wednesday, battering shores with big waves and dumping heavy rains that caused flooding in some areas.

At least eight people, including the three in the Knysna region who were caught in a fire, were killed.

Flames engulfed dozens of homes in Knysna and led to the temporary closure of a stretch of coastal highway. By Thursday, some rain had fallen and the situation had improved; disaster management officials sought to provide aid to residents who had fled their homes.

However, strong winds and billowing smoke made it hard for emergency responders to use helicopters, the African News Agency reported.

"According to a reporter on the scene, it makes for a very eerie image as most of the houses that have burnt down are surrounded by properties that remained untouched by the flames," the Knysna-Plett Herald newspaper reported.

In Cape Town, about 830 makeshift homes belonging to poor residents were flooded or had their roofs blown off, according to city authorities. Power cuts were reported across the area.

"It is mostly the poorest sections of our society that usually bear the brunt of natural calamities, such as severe weather conditions, due to the conditions under which they live," South Africa's parliament said in a statement.

While Cape Town and surrounding areas have been suffering a severe drought, the rain was not expected to bring long-lasting relief.