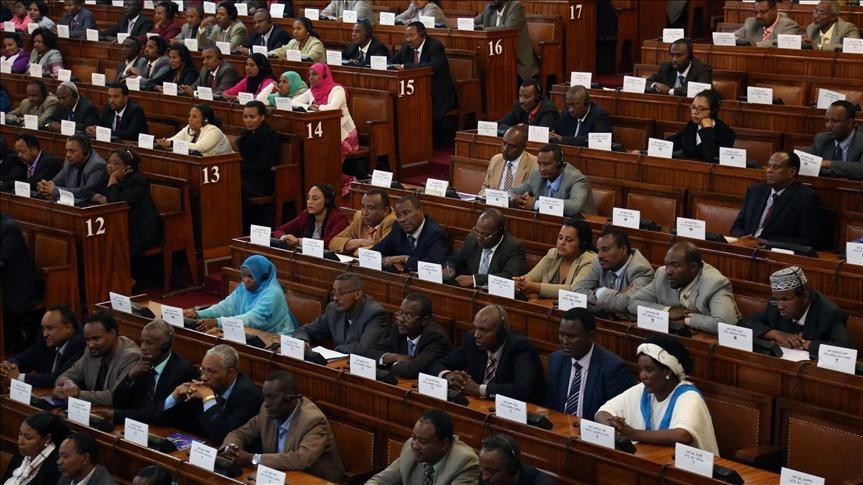 Ethiopia's parliament made the decision to lift a state of emergency Friday, which had been in effect since last October in a bid to restore stability following months of protests that killed hundreds of people.

The unrest was sparked by a development scheme for the capital Addis Ababa and turned into broader anti-government demonstrations over politics and human rights abuses.

"The country's stability is in far better shape. In some areas where security issues remain, local security forces have the capacity to restore order," Defence Minister Siraj Fegessa told lawmakers.

Measures initially imposed under the declaration included granting powers to security services to stop and search suspects and to search homes without court authorization.

Another rule barred diplomats from travelling beyond a 40 kilometre (25 miles) radius of the capital without permission. There was also a dusk-to-dawn curfew on access to economic installations, some infrastructure and factories for unauthorized people.

Those restrictions were eased in March but Addis Ababa maintained a ban that stopped citizens from having any contact with opposition groups branded as "terrorist movements".

Another directive barring the "preparation, distribution and exhibition of material that could incite chaos" was also retained in March.

The violence in Oromiya, the largest and most populous region which surrounds the capital Addis Ababa, and to a lesser extent in the Amhara province north of Addis Ababa, put a shadow over a nation where a state-led industrial drive has created one of Africa's fastest growing economies.

The government also often faces international criticism and popular opposition to its authoritarian approach to development.

The unrest included attacks on businesses, many of them foreign-owned, including farms growing flowers for export.

In April, a government-sanctioned investigation said 669 people had been killed in the violence.