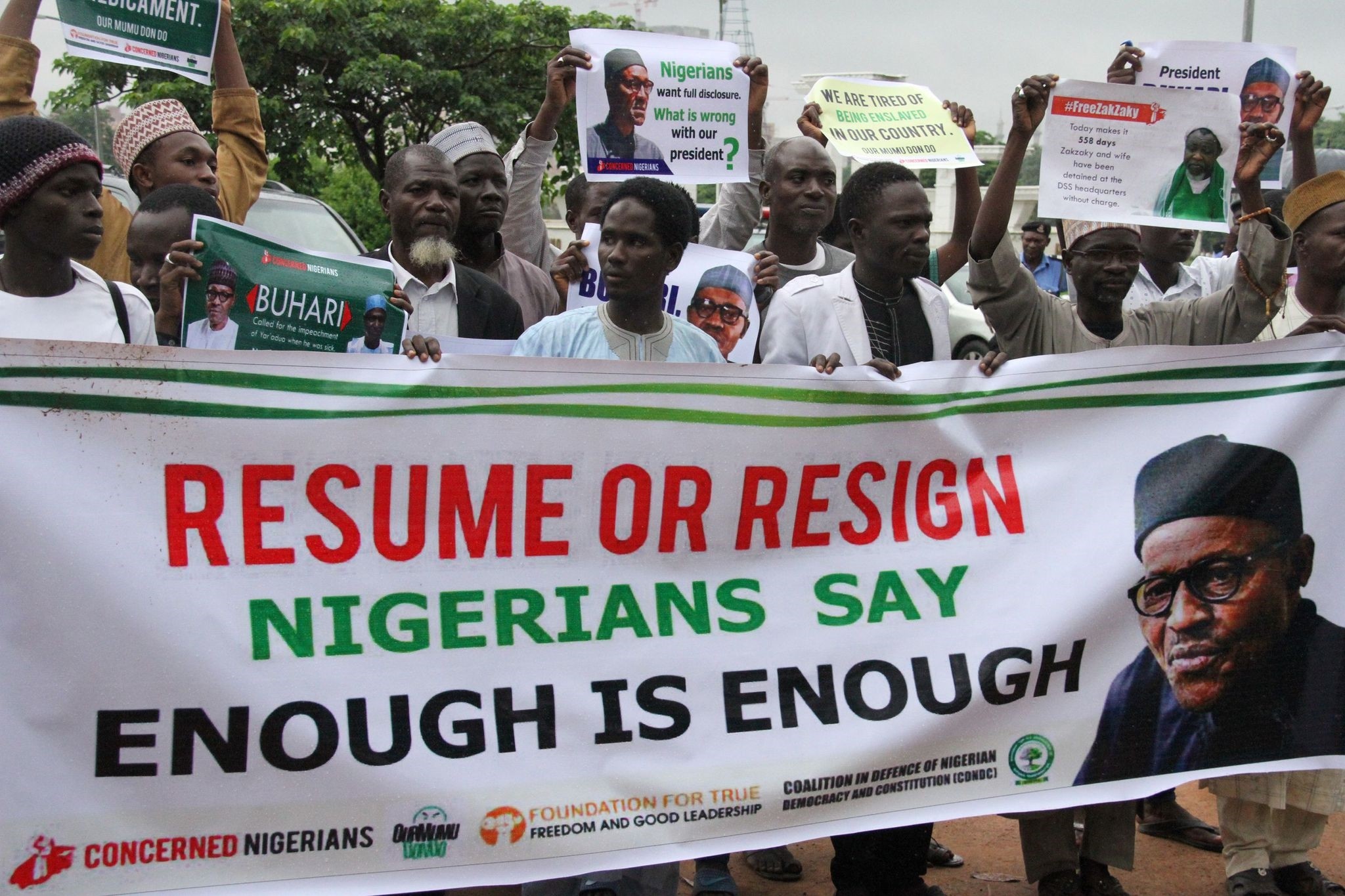 Nigerian protesters demanded Monday that President Muhammadu Buhari, receiving treatment in London for an undisclosed ailment for more than three months, either return or resign.

Buhari left for the British capital on May 7 on what is his latest medical trip, appointing Vice President Yemi Osinbajo to act on his behalf.

Dozens of protesters marched in heavy rain to the presidential villa in Abuja with banners urging that the 74-year-old retired general, who headed a military regime in the 1980s, return.

"Resume or resign, Nigerians say enough is enough," one said, with others stating: "If president Buhari cannot return to Nigeria after 90 days, then he should resign and go home", and "Buhari, where are you? Nigerians want full disclosure. What is wrong with our president?"

The peaceful march was organized by a coalition of civil society groups under the supervision of security agents.

"We are here today because the president of Nigeria has absconded from duty," said Deji Adeyanju, one of the organizers.

"He has not only absconded, he has continued to lie to us. This year alone the president has been away for 144 days.

"He was away for 52 days in January and he has been away again today for 92 consecutive days. This cannot continue." 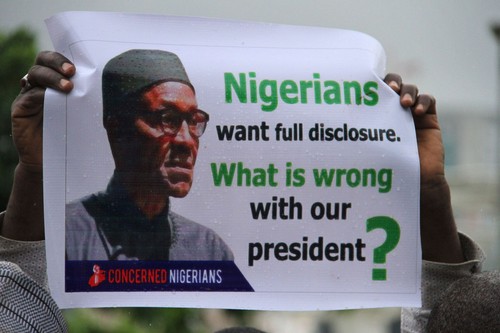 Buhari has been dogged by speculation about his health since June last year when he first went to London for treatment of what the presidency said was a persistent ear infection.

He then spent nearly two months in London in January and February and said on his return in early March that he had "never been so ill".

Last month, members of the ruling party and the opposition went to see him in London and even took pictures in an attempt to douse public anxiety.

The health of Nigeria's leaders has been a sensitive issue since the death in office of president Umaru Musa Yar'Adua in 2010 after months of treatment abroad.

Buhari's main opponents in the 2015 election that brought him to power claimed he had prostate cancer. He denied the claim.