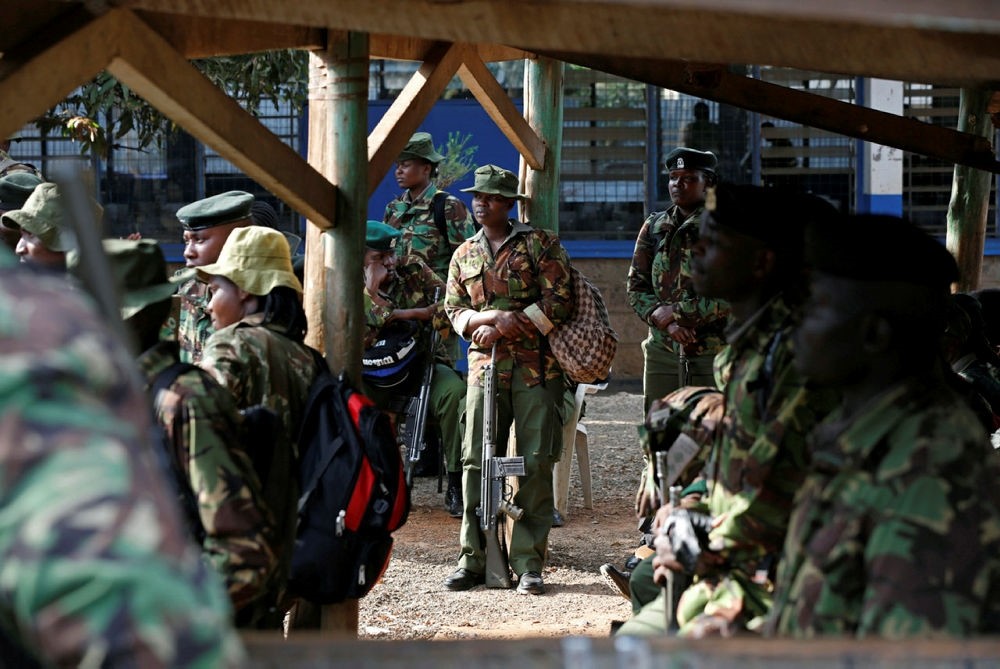 Kenyan President Uhuru Kenyatta urged peace Monday on the eve of tense elections in which his battle with rival Raila Odinga is seen as too close to call.

Kenyatta, 55, who is seeking a second and final term in office, gave a televised speech in a bid to assuage tensions after a final campaign week marred by the murder of a top election official and accusations of rigging by the opposition.

He urged the 19 million registered voters to turn out in great numbers, but to "do so in peace".

"After you cast your ballot, please go home," he said.

"Go back to your neighbour. Regardless of where he or she comes from, their tribe, their colour or their religion... Shake their hand, share a meal and tell them 'let us wait for the results,' for Kenya will be here long after this general election," said Kenyatta.

His historic rival Odinga also addressed voters on Monday, again raising fears about rigging, and warning that the deployment of at least 150,000 security forces across the country was meant to intimidate voters.

However, he congratulated his "worthy opponent" on his campaign.

"May the stronger candidate win tomorrow," he said.

The polls are seen as a litmus test of Kenya's progress since a disputed 2007 election sparked two months of violence which left more than 1,100 people dead and 600,000 displaced.

In the run-up to the election both Kenyatta and Odinga refrained from making inflammatory speeches, observers say, perhaps a consequence of the International Criminal Court's now-abandoned indictment of Kenyatta and his running-mate William Ruto for their alleged roles in the 2007 bloodshed.

But hate speech flyers and text messages have been circulating, making Kenyans nervous.

UN human rights experts weighed in on election eve, urging Kenyans to ensure a peaceful vote and avoid repeating the violence of 10 years ago.

"In the light of recent incidents of political violence, the rise of hate speech and prevailing tensions, we emphasize the importance of all those involved in the process to commit themselves to peaceful conduct during and after elections," they said in a statement.

Elections in 2013 were largely peaceful, although Odinga did accuse Kenyatta's Jubilee Party of poll fraud after massive glitches with the electronic voting system.