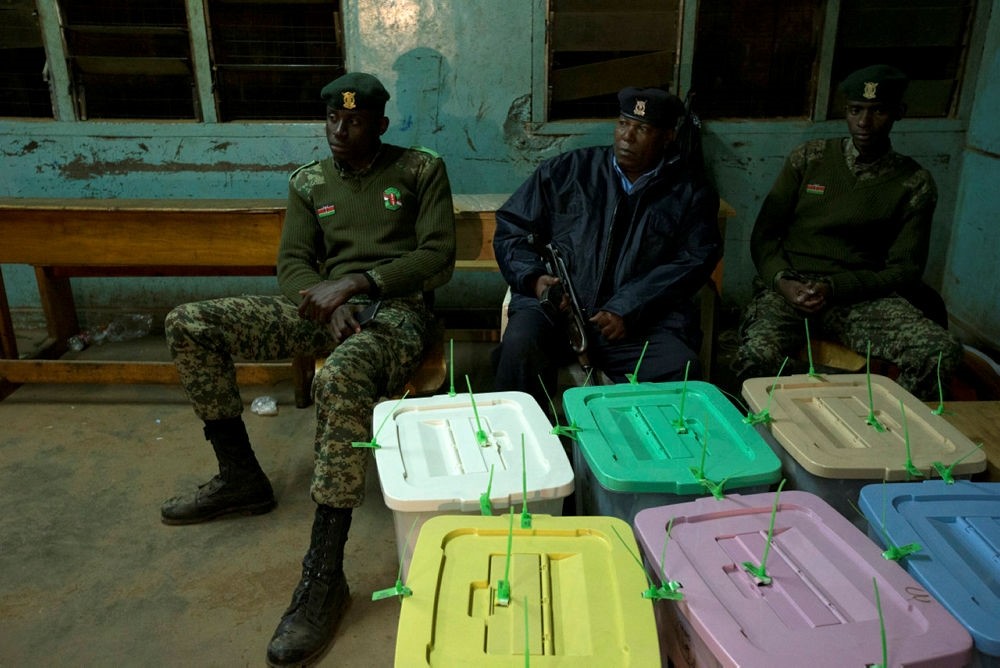 The commission's website showed Kenyatta with just over 55 percent and opposition leader Odinga with nearly 44 percent after votes were counted from more than two-thirds of the 40,833 polling stations. However, the commission did not release information about which constituencies had been counted, so it was unclear whether Kenyatta strongholds or opposition centers, or some combination, had yet to be tallied.

Authorities hope to avoid the post-election violence of a decade ago when ethnic divisions fueled unrest that killed more than 1,000 people.

Kenyatta and Odinga also faced off in the mostly peaceful 2013 election. Kenyatta won that contest with just over 50 percent of the vote; Odinga alleged voting irregularities but Kenya's highest court ruled in Kenyatta's favor by validating the results.

Kenyatta, the 55-year-old son of Kenya's first president after independence from British colonial rule, campaigned this time on a record of major infrastructure projects, many backed by China, and claimed strong economic growth. Odinga, 72, also the son of a leader of the independence struggle, cast himself as a champion of the poor and a harsh critic of endemic corruption.

However, many voters were expected to vote along ethnic lines. Kenyatta is widely seen as the candidate of the Kikuyu people, the country's largest ethnic group. Odinga is associated with the Luo voting bloc, which has never produced a head of state. There were six other presidential candidates, though they lack the wide support of the top two.

The winner of the presidential race must get more than 50 percent of the votes as well as one-quarter or more votes in at least 24 of Kenya's 47 counties, according to officials. If the front-runner falls short of those benchmarks, the two top contenders will contest a run-off vote.

Former U.S. Secretary of State John Kerry, who is the chief election observer for The Carter Center, described Tuesday's vote as "an inspiring day in Kenya watching democracy in action."

"Enthusiastic voters not fazed by long lines," he tweeted.