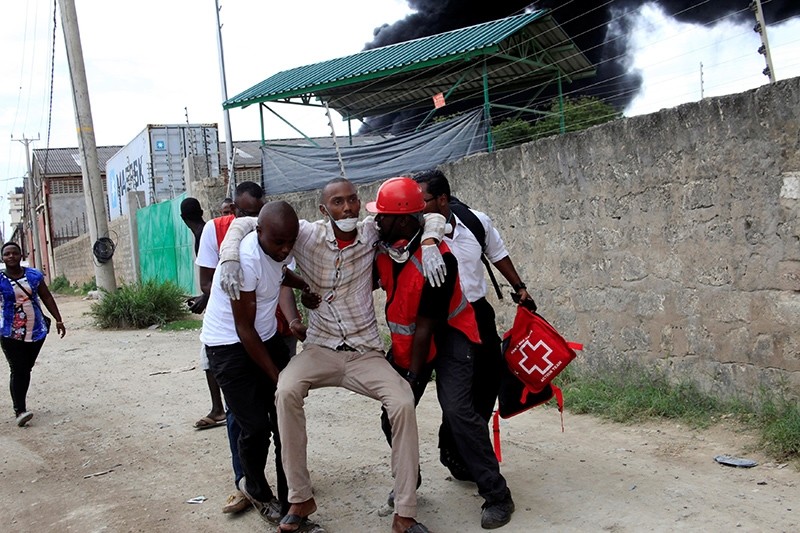 Aid officials said six Red Cross volunteers have been killed Wednesday in Central African Republic, the third deadly attack on the group in the country this year.

Antoine Mbao-Bogo, president of the Central African Red Cross, said he was "appalled" by news of the killings in the southeast.

The circumstances of the attack were not clear, according to the International Red Cross and Red Crescent Movement.

The Red Cross said the volunteers were in Mbomou prefecture attending a crisis meeting at a health facility. Many humanitarian workers have been blocked from doing their work during the latest surge in largely sectarian violence in Central African Republic. Militants also have tried to kill wounded enemies in public health facilities.

Militia violence has intensified in southeast Central African Republic this year, including attacks on peacekeepers and aid workers, prompting fears of a possible return to large-scale chaos that gripped the country at the peak of a 2013 civil war.

The six volunteers killed were all from Central African Republic and were participating in a crisis meeting at a health center in the town of Gambo, in the Mbomou prefecture, the Red Cross said.

It was the third attack on Red Cross workers in Central African Republic this year, which include the shooting in June of one worker in the diamond-mining town of Bangassou, about 100 kilometres (62 miles) away.