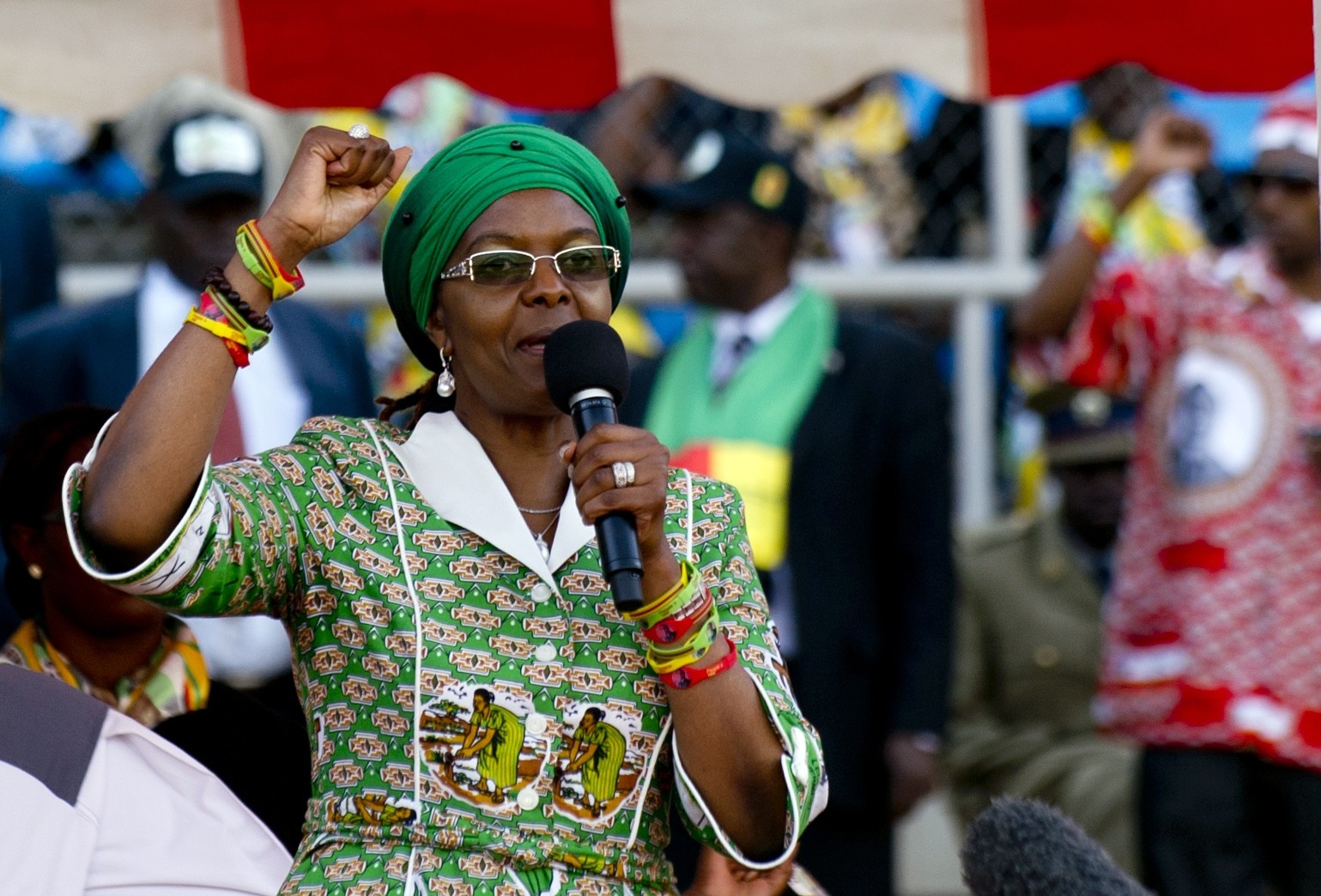 Zimbabwe's first lady Grace Mugabe has claimed diplomatic immunity after being accused of assaulting a 20-year-old model, South African police said Wednesday, confirming she had not fled the country.

"The suspect('s) lawyers and her government representatives made verbal representations... that the suspect wished to invoke diplomatic immunity cover," a statement from the police ministry said.

The 52-year-old wife of President Robert Mugabe is accused of attacking Gabriella Engels on Sunday evening at a Johannesburg hotel where the first lady's two sons were staying.

Engels has registered a case with the police alleging assault with intent to do grievous bodily harm, saying she suffered deep cuts to her forehead and the back of her head.

The police said that Grace Mugabe had been expected to report to a police station on Tuesday to give her version of the events and "obtain a warning statement", but that she failed to show up.

They added that she was scheduled to attend a regional summit of the Southern African Development Community in Pretoria where her husband and other heads of state will be present.

"We are still continuing with the investigations. No warrant of arrest has been issued," he added, after some reports suggested she had hurriedly returned to Harare late Tuesday.

The alleged attack threatens to spark a diplomatic tiff between the two neighbouring countries, which have strong political and economic ties, though Zimbabwean officials have made no comment on the case.

Grace Mugabe allegedly arrived at the Capital 20 West Hotel with bodyguards and accused Engels of partying with her sons Robert and Chatunga, who are both in their 20s and live in Johannesburg.

Pictures on social media appeared to show Engels bleeding from her head after the alleged assault at the hotel in the upmarket business district of Sandton.

Engels said she was attacked with an electrical extension cord.

"She flipped and just kept beating me with the plug. Over and over. I had no idea what was going on. I was surprised... I needed to crawl out of the room before I could run away," she told the News 24 website.

Grace Mugabe is 41 years younger than her 93-year-old husband, and the couple has two sons and a daughter.

She regularly speaks at rallies and is seen as a possible contender to take over from her increasingly frail husband, who has ruled Zimbabwe since independence from British colonial rule in 1980.