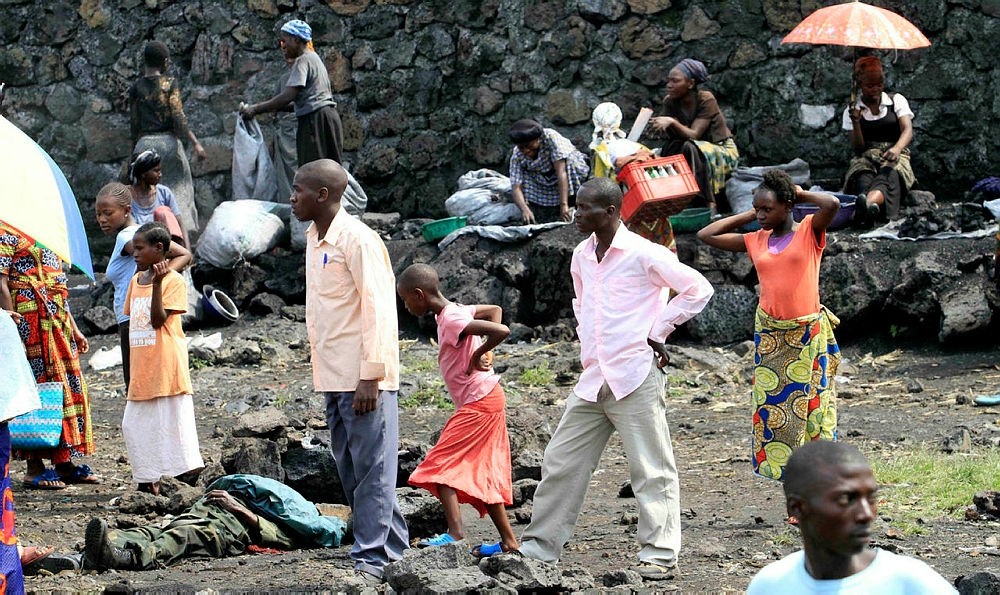 This file photo shows people walk past the body of a dead Congolese government soldier in Ndosho near Goma November 21, 2012. (Reuters Photo)
by Associated Press Sep 16, 2017 12:00 am

The United Nations envoy to Congo said Saturday that at least 36 Burundian refugees have been killed in clashes with Congolese security forces near the Burundi border.

Maman Sidikou said he was "deeply shocked" at the violence, adding that Congolese security forces allegedly fired indiscriminately on protesters.

He said another 117 people were injured and one Congolese officer was also killed.

Sidikou said in a statement that the clashes erupted in Kamanyola in Congo's South Kivu province when Burundian refugees and asylum-seekers protested the expulsion of four of their countrymen from Congo. The death of the Congolese army officer led to "the escalation of violence."

The UN envoy called for a swift investigation.