Over 100 migrants missing after shipwreck off western Libya 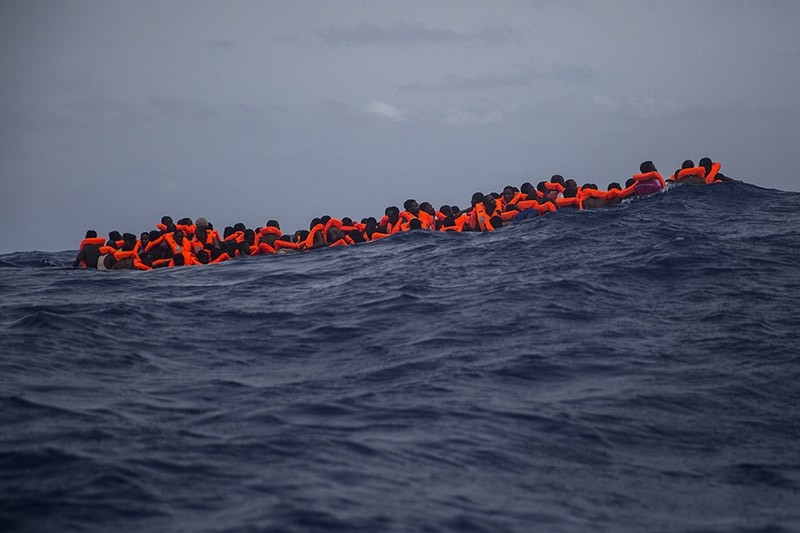 More than 100 migrants are missing after a shipwreck off the coast of western Libya, the Libyan navy said on Thursday.

Rescuers found at least seven survivors on Wednesday after they had remained for three days at sea, navy spokesman Ayub Kassem said, without providing further details.

Spokesman Ayoub Gassim told The Associated Press on Thursday that the damaged vessel was found the day before, some 20 kilometers (12 miles) offshore from the western coastal city of Zuwara. The migrant boat had set out earlier from the nearby city of Sabratha, bound for Europe.

Gassim says the vessel was carrying some 130 migrants, mostly Africans.

Libya has become one of the main migrant transit points to Europe as traffickers have exploited the chaos following the 2011 uprising. The European Union has given tens of millions of euros to Libyan authorities to try to curb the flow of migrants.

Last week, Libya's coastguard rescued more than 3,000 migrants aiming to cross the Mediterranean to Europe, while Italy picked up another 2,000.

Though the numbers attempting the dangerous voyage have dropped off significantly in recent months, the rescues indicate the route is still very much open.

The tally was the highest reported out of Libya for a one-week period since a dramatic fall in numbers in mid-July.