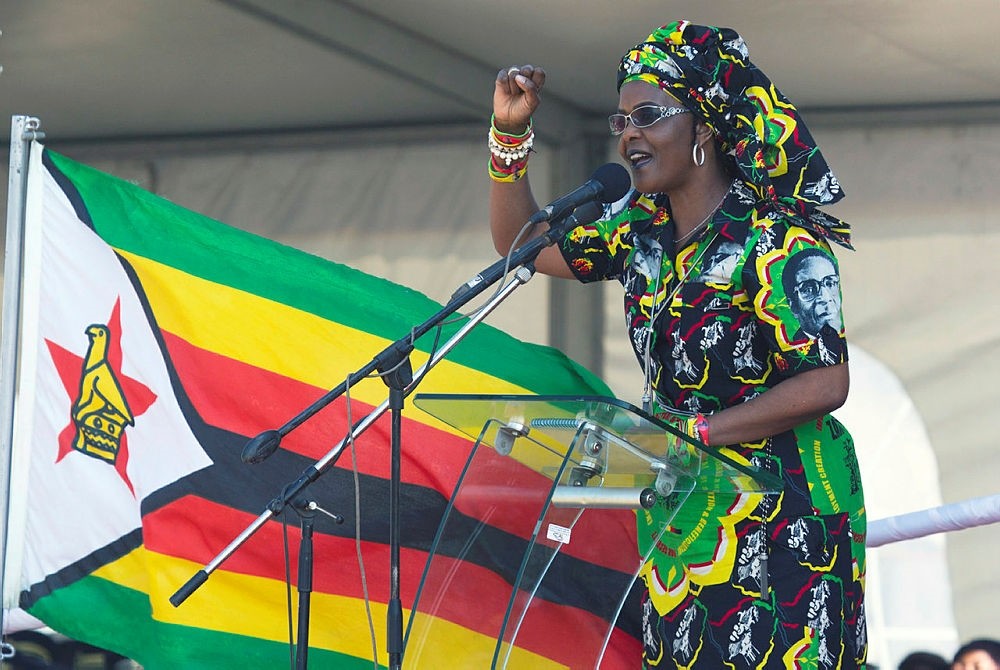 Zimbabwe's first lady has hit back at claims by the vice president - her main rival to succeed ageing leader Robert Mugabe - that his icecream was poisoned at a ruling party event.

Vice President Emmerson Mnangagwa - better known by his nickname "The Crocodile" - made the allegations earlier this week but did not name the first lady, Grace Mugabe.

"The medical doctors who attended to me ruled out food poisoning but confirmed that indeed poisoning had occurred," Mnangagwa said at a press conference late Thursday, according to local media.

Mnangagwa had first indicated that he was poisoned last week and said it happened at a Zanu-PF party event in September.

Grace Mugabe lashed out at Mnangagwa, describing him as a "nobody."

"I can't prepare one cup of an ice cream to kill Mnangagwa. Who is he? I'm the wife of a president," she said at an event in the capital Harare.

"I'm the first lady and Mnangagwa is a nobody. He was employed by my husband. Why would I kill him?" she said.

The row shows the battle over who succeeds President Robert Mugabe is heating up, analysts said Friday.

"Grace is attacking Mnangagwa because she wants herself or someone she can control to succeed her husband," Pedzisai Ruhanya, Zimbabwe Democracy Institute director, told dpa.

"Grace is frustrated that the state apparatus are not warming up to her and she knows that she is unacceptable."

"She wants to force her husband to fire Mnangagwa before his demise because she knows with Mugabe gone, she is nothing," he added.

Mugabe, 93, has ruled Zimbabwe for more than three decades.