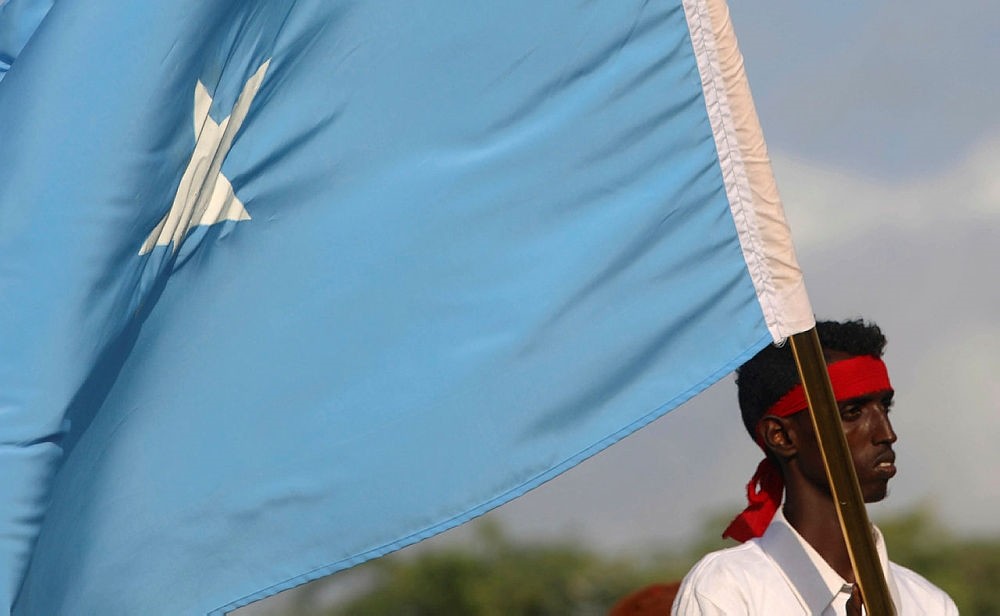 A protester carries the Somali national flag during a demonstration against Al-Shabaab terrorist group after last weekend's explosion at the stadium Koonis, Mogadishu, Somalia, Oct. 18, 2017. (Reuters Photo)
by Associated Press Oct 20, 2017 12:00 am

A military official added that the United States is expected to play a supporting role in the new offensive. The official spoke on condition of anonymity because he was not authorized to speak to reporters.

Somalia's army spokesman Capt. Abdullahi Iman saids the offensive will try to push al-Shabab fighters out of strongholds in the Lower Shabelle and Middle Shabelle regions where many deadly attacks on Somalia's capital were launched.

Osman said 56 people were still missing from Saturday's truck bombing on a busy street in Mogadishu. Another 228 people were wounded.